Etzebeth shines on return for Toulon

Toulon have climbed to fourth place in the French Top 14 standings. 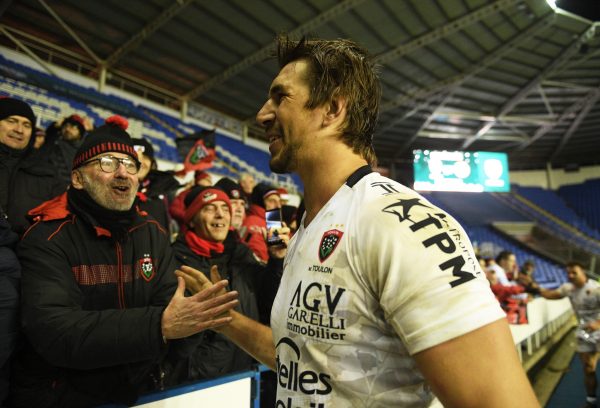 Eben Etzebeth is back in action for French team Toulon. Picture: Getty Images

Etzebeth, who won the last of his 85 Springboks caps in the 2019 final, missed more than four weeks of action after suffering a head knock in the European Cup win over Sale on December 12.

“He played at the level we expect. Tonight I saw a very good Eben Etzebeth, like I saw very good French internationals and very good non-internationals,” Collazo told reporters post-match.

“When there are individual performances on a collective basis like that, a team performance follows,” he added.

The visitors move up to fourth in the standings, three points behind the third-placed Parisians who lost for a second time at home this campaign.

Racing, the 2016 champions, made eight changes from the win at Clermont two weeks ago as Australia full-back Kurtley Beale was among those to return.

Etzebeth’s selection was one of six changes by Collazo as they eyed just a second success on the road this season.

The away side deservedly led 17-3 after an entertaining first quarter as Swann Rebbadj and Baptise Serin made the most of their early dominance.

Virimi Vakatawa, one of 14 members of France’s Six Nations squad in the teams at the La Defense Arena, wasted a golden chance to score for Racing after Gabin Villiere knocked the ball out his hands while in the opposition in-goal area after 21 minutes.

Vakatawa’s outfit led 20-17 with a minute of the half to go as Wenceslas Lauret and Teddy Thomas crossed before Louis Carbonel kicked a penalty to bring the teams level at the break.

The Champions Cup finalists pressed on in the closing moments but their scrum, 10 metres out with less than three minutes to go, was penalised.

Scrum-half Serin cleared his lines for the win, a first win at Racing since 2012.

Earlier, Montpellier centre Arthur Vincent said his side were in trouble after Tonga’s Ma’amai Vaipulu scored late in Castres’ 21-19 win at the GGL Stadium.

Substitute back-rower Vaipulu crossed with eight minutes to play to leave the billionaire backed Montpellier, who replaced sacked Xavier Garbajosa with former France head coach Philippe Saint-Andre earlier this month, in the relegation play-off spot and without a victory since December 4.

“It’s a very serious situation, and we all know that.

“We have to keep a good attitude, it’s difficult. We’re not dead yet, we still have to fight.”

On Saturday, Jean-Pascal Barraque’s first penalty goal in more than four years took Clermont to fourth in the table with a 16-16 draw at Bordeaux-Begles.

Elsewhere, Australia full-back Jesse Mogg made his first appearance since April 2019 after recovering from a shin injury in Pau’s 23-22 win at Bayonne.