Key Currie Cup final match-ups: Where the battle of Loftus might be won and lost

Every individual will play a crucial role when the Bulls entertain the Sharks on Saturday afternoon, but who will emerge as the big hero? 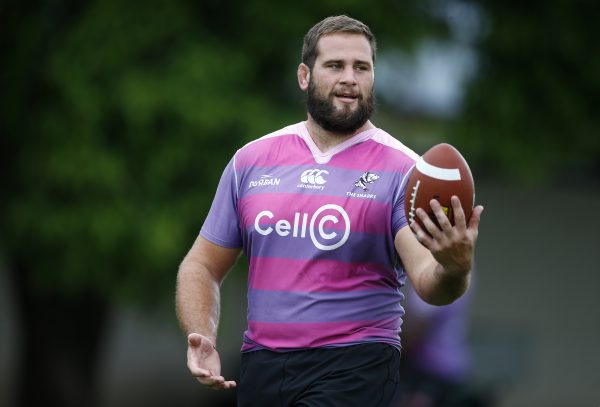 In any Currie Cup final, there are a number of match-ups that will influence the outcome of the game, and here we look at the three key ones that could decide the outcome of the match between the Bulls and Sharks at Loftus Versfeld on Saturday. Kick-off is 3pm.

The battle of the flyhalves

Through the history of the Currie Cup, teams have consistently looked to the man with the number 10 on his back to steer them to the famous trophy. The Bulls relied on the legendary Naas Botha to win them seven titles, while Derick Hougaard was their liefling in the 2000s. Henry Honiball and Pat Lambie have been matchwinners for the Sharks.

On Saturday it will be the man who has seen it all before up against the young, rising star.

Veteran Morne Steyn has an enviable record when it comes to winning crunch matches with his accurate boot, but in his four Currie Cup finals for the Bulls he was lost twice and drawn once. The 36-year-old knows he won’t get too many other chances to lift the famous trophy again, so expect Steyn to be cool, calm, collected and very determined.

Curwin Bosch was at fullback when the Sharks won in 2018, but now he is his team’s undisputed general, racking up the points in ruthless fashion, even from his own half. With ball-in-hand, he is also capable of the sort of magic that wins finals. 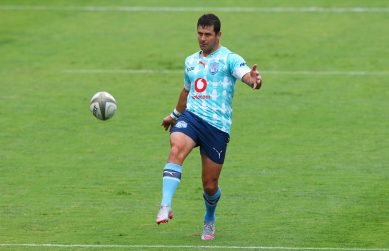 The battle of the front rows

It is obvious that to have a chance of winning, the Sharks will need to match the physicality and brute strength of the Bulls up front. It will start in the scrums where tighthead Thomas du Toit is rapidly becoming the talisman of the Sharks. He is up against the power of Lizo Gqoboka, and the athleticism of the Bulls loosehead is also something to watch out for in open play.

Ox Nche, who played a key role in the triumph of the Free State Cheetahs in the 2019 Currie Cup, will come up against Trevor Nyakane, the rock of the Bulls scrum. 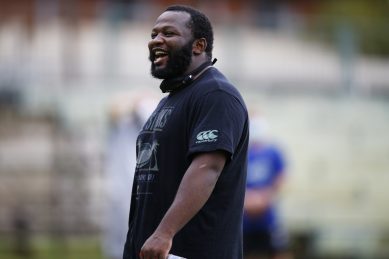 Quick possession is going to be at a premium and the Bulls have two jackalling loose-forwards in Marco van Staden and Duane Vermeulen who are always eager to get their hands on the ball. The Sharks’ cleaners are going to have to be at their sharpest to nullify that threat.

But the Sharks have been effective when it comes to turnovers as well and Dylan Richardson made an absolute nuisance of himself at the breakdowns when they beat the Bulls in Durban last month. Referee Jaco Peyper will have his hands full policing this fiercely contested part of the game. 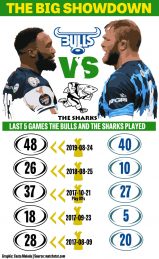