Hendricks had played most of his rugby before 2020 and all 12 of his Tests for the Springboks on the wing, so White raised eyebrows when he moved the popular Paarl product to centre. 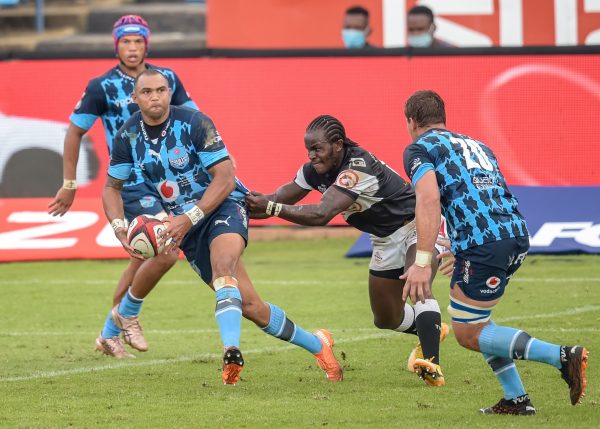 Cornal Hendricks in action for the Bulls during the Currie Cup final against the Sharks at Loftus. Picture: Christiaan Kotze/Gallo Images

Bulls coach Jake White says critics have a tendency to be suspicious about players changing position, but the incredible success story of Cornal Hendricks moving from wing to inside centre and being Man of the Match in the Currie Cup final shows the tremendous benefits that can be gleaned from such bold decisions.

The 32-year-old Hendricks, barring a couple of seasons in midfield in the early stages of his career at Boland, had played all his rugby before 2020 and all 12 of his Tests for the Springboks on the wing, but White raised eyebrows when he moved the popular Paarl product to centre before his first game in charge at Loftus Versfeld.

On Saturday night, after the Bulls’ triumph in the Currie Cup final, White pronounced Hendricks as probably his player of the season.

“Cornal has been phenomenal. Probably our best player this season,” White said.

“A lot of guys in that No 12 jersey started on the wing – Ma’a Nonu, Tana Umaga and Caleb Clarke is now establishing himself there as well. It’s about his appreciation for space and it helps having Morne Steyn and Ivan van Zyl inside him.

“The youngsters have also learned a lot from Cornal because he is very professional and so dedicated, and a great communicator.”

ALSO READ: ‘This final will be remembered for a long time’: White praises ‘incredible’ Bulls

While Hendricks’ mien is always one of cheerfulness, he has come through numerous tough times in his career, most notably when a heart defect was discovered and he was told in 2015 that he would have to give up rugby.

Springbok legend Jean de Villiers, who was Hendricks’ captain in the national team and also played at wing and centre during his career, had high praise for the tenacity of the man.

“When you take Cornal’s whole career into consideration, he’s always been fighting adversity and having to prove himself – from the Sevens circuit to playing for the Cheetahs – and then the whole heart thing when no-one wanted to take a risk on him,” De Villiers said.

“But he has always adapted and when he moved to centre I almost just expected him to make a success of it.

“And the position has fit like a glove for him. He gets go-forward with the ball and his defence has been very astute. Maybe he doesn’t quite have the pace anymore of his Sevens days, but he still has plenty for an inside centre.”