A need for speed: SA Rugby calls on teams to stop wasting time

Apart from the on-field changes, SuperSport will be using a couple of broadcast innovations to enhance the viewer’s experience of these encounters, and show a rare perspective into team tactics. Goal-kickers, like Sharks flyhalf Curwin Bosch, will be timed with regards to their kicking at the posts and at restarts in the series of preparation matches, starting this weekend. Picture: Getty Images

Speeding up play to ensure more action on the field will be key as the 2021 season kicks off this weekend with a series of preparation matches between eight provincial sides, which will feature a countdown clock for kicks and a focus on speeding up set pieces from match officials.

That was the message from Director of Rugby, Rassie Erasmus, to coaches and referees alike on the eve of a massive season for South African rugby, which starts with The 2021 Kick-off Pools in the next month.

Erasmus addressed issues raised after the 2020 season, which culminated last month with the Bulls winning the Currie Cup.

“We are certainly not blaming anyone for what happened and we know there were many mitigating factors as we tried to resurrect the local game in the face of the COVID-pandemic,” said Erasmus.

“It just wasn’t a high-performance environment; there was lack of proper training time; certain law directives which increased the penalty count and slowed play while the weather conditions were far from ideal.

“But we’ve done our research and made a few plans that will hopefully enhance the game that people will see on their TV screens.

“We have a big year looming and apart from hopefully delivering better rugby matches, we have to prepare our top players for Tests and entry into exciting new competitions in Europe. By creating more action on the field and less ‘ball out of play’, it will also help to increase the conditioning and fitness of our players.”

The first change that has been implemented, is a 10-day turn-around between matches to ensure better prepared teams and conditioned players. This was done with COVID testing protocols taken into consideration.

Erasmus said teams and referees have also been asked to speed up play when it comes to taking lineouts, completing scrums and lining up kicks at goal, all of which lagged in comparison to international standards.

“We want to see a change in mentality from our players in terms of speeding up the game,” said Erasmus, “and we are working with the teams, referees and SuperSport to ensure this happens.”

Teams have been urged to make quicker decisions when awarded penalties, and kickers must ensure they take their kicks within the allotted 60 seconds (for penalty goals) and 90 seconds (for conversions). A countdown clock is to be introduced as part of the broadcast to ensure compliance for penalty and conversion kicks at goal.

Furthermore, restart kicks have to be taken in less than 30 seconds from either the 22-metre or halfway lines.

At scrum-time, the two packs of forwards must be formed and ready for the “crouch” call within 30 seconds after the referee has given the mark, while referees will be able to stop the clock if they feel too much time is taken up with reset scrums.

Apart from the on-field changes, SuperSport will be using a couple of broadcast innovations to enhance the viewer’s experience of these encounters, and show a rare perspective into team tactics.

These include sideline commentary by players, audio comments from the coaches’ box, and new on-screen visual references.

The first round of matches kick off on Friday at 7pm, when the Lions host the Pumas in Johannesburg. The Stormers take on the Cheetahs at Cape Town Stadium on Saturday at 5.15pm, and Sunday’s two matches are between the Bulls and Eastern Province in Pretoria (3pm), followed by the Sharks against Griquas (5.15pm). 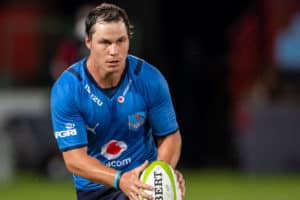 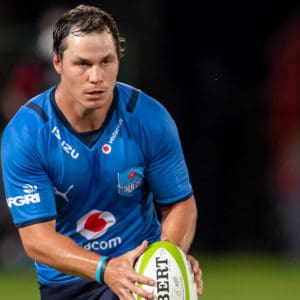