Marius Jonker has stepped into the role after original choice Brendon Pickerill from New Zealand was unable to travel. 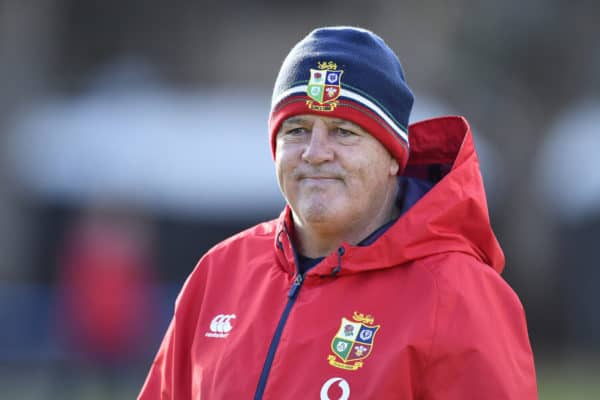 Lions head coach Warren Gatland is upset that a South African, Marius Jonker, has stepped in to fulfil the TMO duties in the first Test. Picture: Ashley Vlotman/Gallo Images

A former South African Test referee told AFP on Friday that British and Irish Lions criticism of local Marius Jonker being the TV match official for the first Test against South Africa is “blatant intimidation”.

South African Jonker stepped into the role after original choice Brendon Pickerill from New Zealand was unable to travel due to the coronavirus pandemic.

English newspapers reported that Lions head coach Warren Gatland was furious that Jonker had been chosen, believing a neutral should be used for the clash with world champions South Africa in Cape Town on Saturday.

“They have put Marius in a very difficult position should a controversial incident occur. To me this is blatant intimidation, putting the TMO in a no-win situation,” said the former match official.

Speaking on condition of anonymity as he is not an official spokesman, the referee added that “the decision to use Marius was made by World Rugby, not South Africa”.

“Marius was a first-class referee and is now an equally good TMO. Of course he makes some debatable decisions, every official does.”

Gatland is reportedly unhappy not only because Jonker is South African, but also made a controversial ruling when the Lions suffered their only tour loss so far, against South Africa A last week.

The New Zealand-born coach believed South African scrumhalf Faf de Klerk, who received a yellow card for a high tackle just before half-time, should have been sent off.

“Someone was watching a different picture to me. It looked reckless. There was contact to the head,” said Gatland then.

Lions assistant coach Robin McBryde confirmed at an online news conference on Friday that the decision to appoint Jonker surprised the tourists.

“It was unexpected. There is a slight lack of foresight since the neutrality of the TMO position is so important,” he said.

“There was no Plan B. The TMO’s say is pretty final so it is an important position, but I am sure there will be no issues at the weekend.”

McBryde said the first Test match officials assured the Lions they have done their homework on the likely match flashpoints, including scrums and driving mauls.

“They have analysed certain individuals from both teams. They have told us to trust them and that they are ready.”

Australian Nic Berry will referee the first Test and be assisted by Ben O’Keeffe from New Zealand and Mathieu Raynal from France.

Erasmus fulfilled the role twice this month, in a Test against Georgia in Pretoria and in the South Africa A match.

“Rassie Erasmus should not be allowed to play the role of water carrier on Saturday,” Rolland told the London Daily Mail.

“He is head coach in everything but name and the Springboks exploiting this loophole does not sit comfortably with me.

“If South Africa are able to prove that he is not the head coach, there may not be an awful lot of action that can be taken in such a short period of time.”

The regulations state that head coaches are not allowed in the technical zone. The loophole is that Erasmus does not carry the title of head coach.

However, Rolland believes he is head coach in everything but name. Erasmus attends all the press conferences, all the training sessions and does all the media sparring with Gatland.