Hooker Johan Grobbelaar and eighthman Elrigh Louw were the pick of the outstanding Bulls pack. 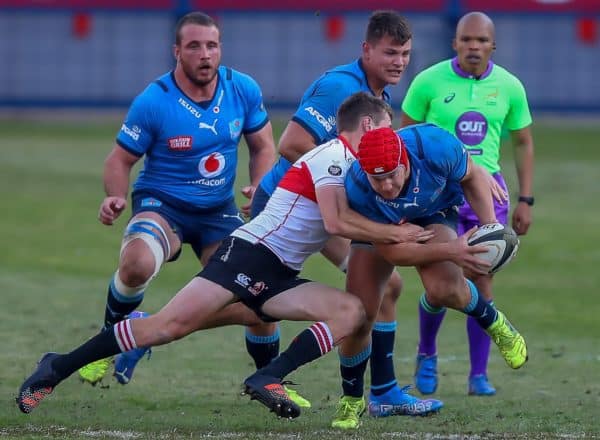 Bulls coach Jake White was pleased that his pack stuck with the same physicality they showed in the upset win over SA A when they laid the platform for an impressive 40-21 win over the Lions in their weekend Currie Cup game at Loftus Versfeld.

“We learnt a lot in the match against SA A. Those are guys who are on top of their game and a lot of them play in the Northern Hemisphere,” White said.

“It was nice to replicate that physicality, especially by the forwards. It was a good outing because we have struggled against the Lions recently. And there was one block of defence at the back end of the first half, the way we defended then was outstanding.”

ALSO READ: Bulls too good for Lions; power on in Currie Cup

Hooker Johan Grobbelaar had an outstanding game, gobbling up turnovers, linking with the backs and defending stoutly. He and eighthman Elrigh Louw were the pick of the outstanding Bulls pack.

“Elrigh Louw showed those little touches that add so much more to our game, like that little run around the corner from a scrum in our 22,” White said.

“He’s such an athlete, he’s a great carrier and rugby player. And that was his first game since he had the same ankle injury as Duane Vermeulen, which only bodes well.”

Speaking of Vermeulen, he made a surprise appearance on the field as the Bulls’ waterboy, joining the list of high-profile people doing the job after Rassie Erasmus’ cameos with the Springboks.

“Yeah, he was running quite nicely with the water bottles!” White laughed.

“He’s helluva important for us and it’s fantastic that he likes being part of the game. His ankle is coming on and hopefully he will be back on the training field in a week or two.”

Bulls must 'adapt' or die, says White, after Edinburgh defeat
2 weeks ago
2 weeks ago

Bulls must 'adapt' or die, says White, after Edinburgh defeat
2 weeks ago
2 weeks ago