For once it was a calm day in the build-up to the second Test between the Boks and Lions, but that does not mean there is not plenty to talk about. 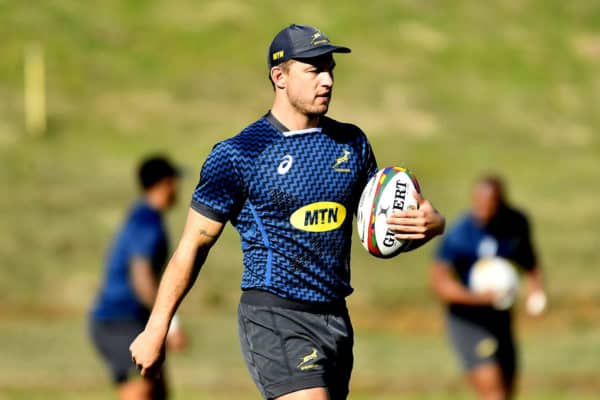 Springbok flyhalf Handre Pollard will be a key figure because of his goal-kicking in the second Test against the British and Irish Lions on Saturday. Picture: Ashley Vlotman/Gallo Images

It was all quiet on the rugby front in South Africa on Wednesday as both the Springboks and the British and Irish Lions camps took a one-day break from media briefings.

The teams clash on Saturday in the second Test of three in Cape Town and Rugby World Cup winner South Africa must triumph to remain in contention to win the series after going down 22-17 last weekend.

History is stacked in favour of the Lions as the team winning the first Test in this rivalry has gone on to win the series except for the 1955 edition, which was drawn.

Here, AFP Sport looks a five issues ahead of what promises to be an epic struggle behind closed doors at Cape Town Stadium due to the coronavirus pandemic.

A crisis that Springbok supporters thought had ended three years ago returned last Saturday as the hosts came off second best against an aerial bombardment from the Lions after the break.

During the ill-fated 2016-2017 tenure of coach Allister Coetzee, South Africa were sitting ducks when opponents sent the ball skywards knowing they were most likely to regain possession.

Springboks coach Jacques Nienaber has acknowledged that it was a huge problem with his players often failing to catch the ball or knocking it on.

Kitshoff said the replacements were caught off guard by Australian referee Nic Berry demanding quick feeds to the scrums, and they also battled with the slippery surface, although that also affected the Lions.

But the pair were starved of chances to score last Saturday after being singled out before the Test as potential match-winners.

And while they rarely got the ball, opposite numbers Anthony Watson and South Africa-born Duhan van der Merwe made numerous powerful runs, often evading a number of tackles before being halted.

As with many aspects of the Springboks performance, flyhalf Handre Pollard had a much better first half than second.

He had four penalty attempts in the opening 40 minutes, from varying angles and distances, and succeeded with all to create a 12-3 half-time advantage for the world champions.

But the playmaker later fluffed the kickable conversion of a Faf de Klerk try and saw a long-range penalty effort veer left to finish with a 66 percent success rate, which is below par for him.

While the Lions were much stronger and more energetic after the break in the first Test, the South Africans failed to replicate a first-half showing that gave them plenty of possession and territory.

It was hardly surprising as many Lions entered the series having played up to 15 competitive matches since the coronavirus crisis emerged and the Springboks just one, against second-tier nation Georgia.

South Africa must hope the first top-level challenge since lifting the World Cup in November 2019 will help them go the distance this weekend.

No time for emotion, says Davids, as Boks search for solutions
3 hours ago
3 hours ago

Barrett: 'Boks will rise to challenge in 100th All Blacks Test'
9 hours ago
9 hours ago
PREMIUM!

No time for emotion, says Davids, as Boks search for solutions
3 hours ago
3 hours ago

Barrett: 'Boks will rise to challenge in 100th All Blacks Test'
9 hours ago
9 hours ago
PREMIUM!