Is the scene set for Morne Steyn to repeat 2009 Lions series show?

The Bok hero from the 2009 series has got a chance to face the Lions again in 2021, after being called into the team for the third Test. 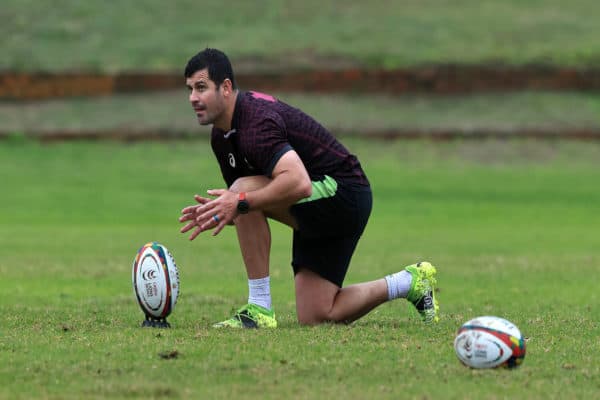 Morne Steyn lines up a kick at a training session ahead of the third and decisive Test against the Lions in Cape Town this weekend. Picture: David Rogers/Getty Images

In 2009 he stepped up from off the bench and knocked over a 50-metre penalty to seal the series for the Springboks.

That was in the second Test at Loftus Versfeld – a penalty kick that one will associate with Morne Steyn until the end of time.

On Saturday at Cape Town Stadium, 12 years later, Steyn may get a chance to do the same – just this time to the British and Irish Lions of 2021, in the third Test, and the series decider.

After missing out on selection for the first two Tests, Steyn has been picked to face the Lions on Saturday – a decision Bok boss Jacques Nienaber said was a tough one to make considering Elton Jantjies has been Handre Pollard’s back-up for much of the last few years.

“It was a toss up between Morne and Elton, but one of the big things that weighed in Morne’s favour is the fact he’s been there before and got the job done,” said Nienaber, referring to the 2009 series, and his match-winning kicks for the Bulls over the years.

“Morne understands the pressure, but not for one moment am I saying Elton doesn’t have BMT.

“There is a long season ahead of us – the Rugby Championship starts just next week, there is the trip to Australasia and the end of year tour – and everyone needs game-time, so spreading the load is also important.”

Nienaber said Saturday’s match would be like a World Cup final.

“The pressure here, this weekend, will be like a World Cup final; it’s do or die,” he said.

“The World Cup final and a series decider against the Lions is as big as it can get.

“But, hopefully, things don’t come down to that,” Nienaber added about the prospect of Steyn coming off the bench this weekend and being asked to slot a penalty to win the series.

Besides Steyn moving onto the bench – which this week has five forwards and three backs – Lood de Jager comes in at lock, with Franco Mostert moving to the flank in place of the injured Pieter-Steph du Toit, while at the back Cobus Reinach starts for the injured Faf de Klerk.

“It’ll always be a big loss to lose Pieter-Steph, but Franco has covered there before and he has always covered lock and flank,” explained Nienaber. “And Cobus, besides being right-footed, is similar to Faf; they’re both key drivers of the team, while Herschel (Jantjies) offers something different off the bench.”