A whopping 42 players will travel to Australia, while a further 10 will be on standby in South Africa. 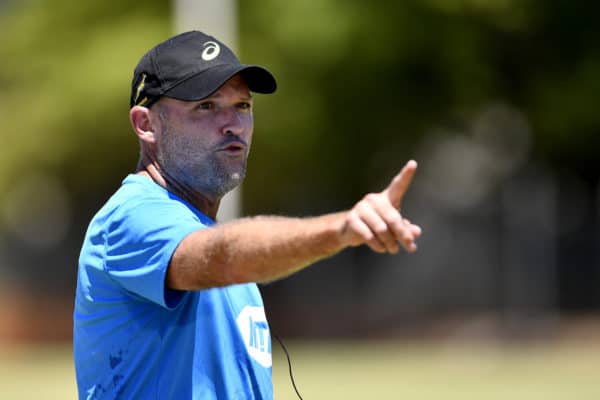 The fact that South Africa are currently enjoying a surfeit of top-class depth is a particular boon in these times of Covid restrictions because for a player to join the Springbok squad in Australia at a later stage for the Rugby Championship requires them to jump through a series of almost impenetrable hoops.

Which is why the Springboks will be leaving for Australia on Sunday, the day after their second Test against Argentina at the Nelson Mandela Bay Stadium, with a squad of 42 players and 10 others on standby who are also following strict Covid protocols.

“We are all in a very specific testing regime, so it is tough to get people from outside into the squad. All the players need to pass blood tests, PCRs and antigen tests on specific days, even our standby players, if they are to be allowed to get on the plane to Australia,” Springbok coach Jacques Nienaber explained on Tuesday.

“A player coming in to the squad once we are there has got to follow a well-prescribed testing regime in South Africa and then isolate for 14 days in Australia.

“It’s why the whole squad of 42 will travel on Sunday because it’s almost impossible to add players later on.

“Argentina and us will be travelling together from Port Elizabeth on Sunday in a plane to Cape Town that will be our own bubble and then we fly together to Australia. If we lose a player to injury in the first Test then his replacement would probably only be available to play on the Tuesday before the last Test against New Zealand on October 2.”

ALSO READ: Why Franco Mostert will again don the Bok No 7 jersey this weekend

The Springbok coach was forced to call into service many of his back-up players in last weekend’s first Test against Argentina and they did a superb job, notching a 32-12 bonus point win.

For this Saturday’s repeat fixture, the first-choice, World Cup winning, backline, save for Cobus Reinach coming in for the injured Faf de Klerk at scrumhalf, is back in tow.

The pack is more mix-and-match with regulars Trevor Nyakane, Malcolm Marx, Lood de Jager, Siya Kolisi and Franco Mostert all starting, while tighthead Thomas du Toit will play his first Test since coming on against Namibia in the 2019 World Cup, lock Marvin Orie is in the run-on XV for the first time and fellow second-rower Nicolaas Janse van Rensburg is in line for his debut off the bench.

“It’s a punishing Test schedule we have with the Lions series on three successive weekends and then six matches in eight weeks in the Rugby Championship, so we are forced to make changes to look after the players’ welfare,” Nienaber said.

“I said last week how good Argentina are and we are not taking them lightly at all. But our selection speaks volumes for the depth we have.”