From the battle of the flyhalves to the attack and defence and to the big scrum battle, it's going to be thrilling. 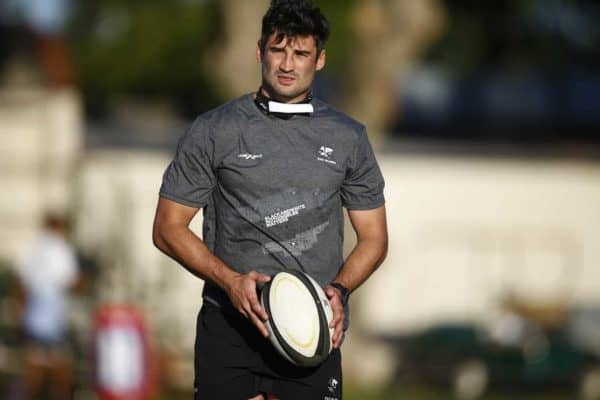 Lionel Cronje will be a key figure for the Sharks in the Currie Cup final against the Bulls. Picture: Steve Haag/Gallo Images

Saturday’s Currie Cup final pits the Bulls against the Sharks at Loftus Versfeld with the home team looking to go back-to-back after winning the delayed 2020 final against the same opposition in January.

It promises to be a fascinating match between the teams that finished first and second on the log.

Here are the three match-ups that could prove telling over the 80 minutes.

Currie Cup finals are seldom pretty affairs and both Smith and Cronje will probably have to put away many of the slick attacking tricks we know they are both capable of pulling out of the hat.

Game-management is going to be their key role on Saturday and much of that depends on the platform given to them by their forwards. So kicking could well be their key skill: Smith showed his mettle by slotting a 79th-minute penalty to level the scores in last season’s final and he has also come out tops in other high-pressure situations at home.

The 32-year-old Cronje has the experience though to know how to vary his play and, having played for both Verblitz and the Brumbies under Jake White, he has insight into the Bulls’ game-plan.

The Sharks do like to play a bit of running rugby and Elrigh Louw, Arno Botha and Marcell Coetzee will be like a hit squad lining up to crunch those visitors looking to provide some attacking spark. They love defence so much one can imagine them shouting “My Kill” to each other on the field.

The Sharks are effective though in offloading and playing in the wide channels, and they have potent counter-attackers in Thaakir Abrahams, Curwin Bosch and Yaw Penxe.

The Bulls are expected to boss the battles at close quarters, while the Sharks will have an edge in pace as the ball goes wider or play gets looser.

The return of the Springbok tighthead Du Toit will no doubt make a telling difference to the Sharks scrum, as there has been no consistency in that set-piece for them this season. And that’s not to mention the big hits the mobile 26-year-old makes around the field.

Du Toit and lock Gerbrandt Grobler bring a lot of experience to a youthful Sharks tight five and the World Cup winner will also bring confidence having been one of the standout performers in the Springboks’ victory in the second Test against Argentina.

Du Toit will obviously not have it easy though against the Steenekamp, who has been one of the finds of the season for the Bulls, a strong man both in the scrums and the tight exchanges.