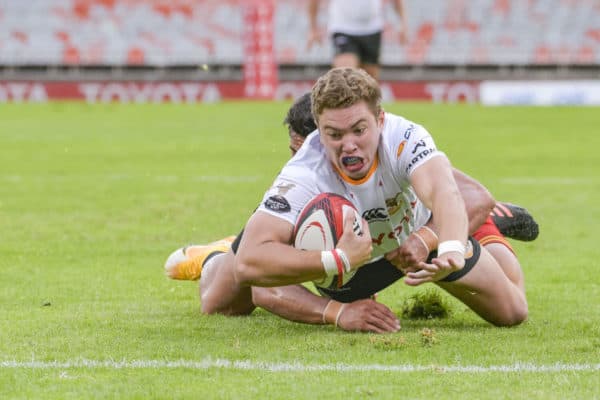 The Eagles, coming off a 34-21 defeat in St John’s, Newfoundland last weekend, scored four first-half tries to lead 25-9 at the interval on the way to a victory at Infinity Park Stadium in Glendale, Colorado.

In addition to South Africa-born flanker Germishuys’s tries, halfback Ruben de Haas, who previously played for the Cheetahs, delivered a 45-metre drop goal that pushed the score to 28-9.

De Haas also scored the Eagles’ first try of the second half before prop Joe Taufete’e crashed over from the back of a maul.

Christian Dyer added a try for the United States, who had a conversion and a penalty from AJ MacGinty.

With the win, the Americans booked a two-leg playoff with Uruguay — with matches on October 2 and 9 — for a place at the World Cup in France in two years’ time.

Canada, who had notched their first win over the Eagles since 2013 with their victory last week, can still qualify for France.

They will now take on Chile for a chance to play the loser of the series between the United States and Uruguay.