Lionel Cronje out, Ruan Pienaar in as Sharks head to Europe

Coach Sean Everitt will now again back Curwin Bosch in the No 19 jersey. 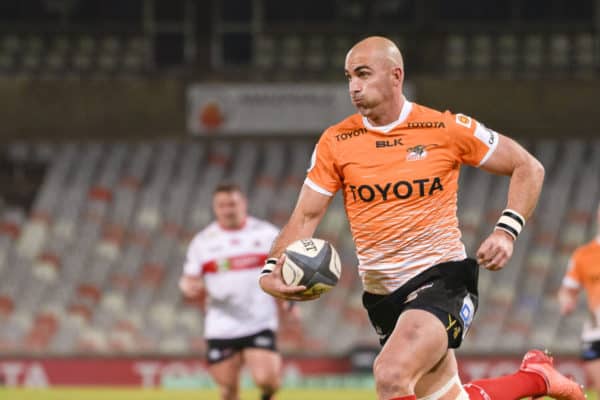 Ruan Pienaar, who is on loan from the Cheetahs, is set to again feature for the Sharks in the URC. Picture: Frikkie Kapp/Gallo Images

It will be all change for the Sharks in both halfback positions as they begin their United Rugby Championship campaign overseas, following the announcement on Friday of their touring squad that is without Lionel Cronje but includes two scrumhalves on loan from the Free State.

The 32-year-old Cronje was on a short-term loan to the Sharks from Toyota Verblitz in Japan for the duration of the Currie Cup and his arrival saw coach Sean Everitt shift Curwin Bosch from flyhalf to fullback.

But Cronje’s departure means Bosch is likely to return to the number 10 jersey in which Everitt backed him so strongly before the Currie Cup. Boeta Chamberlain is the only other specialist flyhalf in the squad.

Veteran Springbok Ruan Pienaar has returned to the Sharks on loan from the Cheetahs and has moved to flyhalf quite often during games for Free State, but with the Sharks suffering an injury crisis at scrumhalf, Pienaar is likely to be backing up Sanele Nohamba.

Tian Meyer has also made the trip from Bloemfontein to Durban on loan.

Everitt will be pleased to have locks Hyron Andrews and Ruben van Heerden back from injury, which will add depth to a crucial position that already features Gerbrandt Grobler, Le Roux Roets and Reniel Hugo.

Eighthman Phepsi Buthelezi will lead a squad that will relish taking on some fresh opposition, having butted heads many times back home with the Bulls and taking a severe beating in the Currie Cup final last weekend.

“The boys are up for the challenge, we have some experienced players who have played in the Pro16 before and have had a taste of European conditions, and we have coaching staff who have coached at the highest level,” Everitt said Friday.

“We’re all confident that we can do well overseas, we’ve taken a young squad mixed with some older heads with experience.

“It will be exciting to see what these guys can deliver against opposition that we don’t see too often, nor play against. The boys are excited about experiencing a new competition, the URC is a tough tournament that brings in new challenges and different opposition, but the guys are up for the challenge after a very good Currie Cup and a good year.”

URC first phase analysis: Part One — Bulls and Sharks
5 days ago
5 days ago

URC first phase analysis: Part One — Bulls and Sharks
5 days ago
5 days ago