URC: Learn more about the SA teams’ opponents in round one

Everything you need to know about who the Bulls, Lions, Sharks and Stormers will be up against in Europe this weekend. 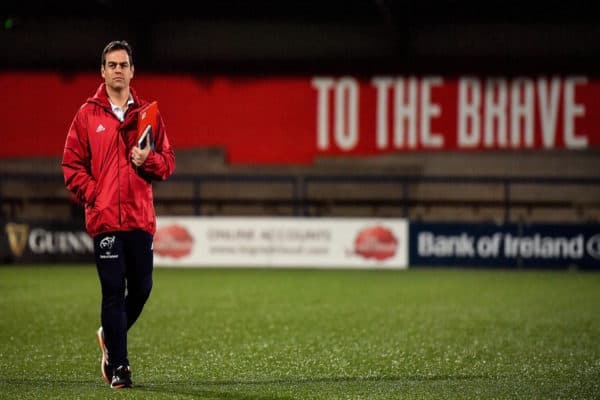 South African teams enter the new United Rugby Championship this weekend and will face opposition in both Ireland and Italy in round one of the new championship.

With this in mind, here is a brief primer on the four sides the SA teams will face and what to expect from them.

Arguably the standard bearer of the PRO14 season and one of the top sides in Europe, Leinster are the side to watch and the Bulls’ form against them will be scrutinised as it will give a key marker for the SA teams’ entry into Europe.

Leo Cullen, Stuart Lancaster and Felipe Contepomi have built a fortress in Dublin that few teams are able to crack. They are PRO14 champions four years in a row and are the most successful Irish side in both European and PRO Rugby.

Last season’s European Champions Cup semi-finalists have a rich history and certainly have the pedigree, they are one of the few sides that don’t have South African representation in them.

That doesn’t mean they don’t have a wealth of talent, with South African fans likely to know the four British and Irish Lions tourists that were recently on our shores – Jack Conan, Tadhg Furlong, Robbie Henshaw and Andrew Porter.

Add to this the tactical nuance of Johnny Sexton, who needs no introduction worldwide and former New Zealanders Jamison Gibson-Park and James Lowe, the side has more than enough talent to challenge the best worldwide and will pose a significant test to the South African sides.

South African coach Johann van Graan has slowly built Munster back into a force since his arrival, appointing top assistants Stephan Larkham and Graham Rowntree to add to former Lions defence coach JP Ferreira. While they will be without Damian de Allende – on tour with the Boks – and a recovering RG Snyman, they boast a wealth of talent as well and are particularly hard to beat in front of the “Red Army” on their home turf.

Despite not having the stars that Leinster possess, and the loss of CJ Stander in the off season, they have added former Bulls utility forward Jason Jenkins to their line-up and will enjoy seeing him line-up against the South Africans.

Benetton shocked the South African rugby public when they smashed the Bulls in the final of the Rainbow Cup, completing a massive turnaround for the side after they lost every PRO14 game in the regular season.

The loss of coach Keiran Crowley to the Italian National team and stalwarts Jayden Hayward and Paolo Garbisi over the summer has been a setback for the side and they will be under pressure to repeat their superb form in the Rainbow Cup.

Their new season acquisitions will be well known to South Africans – former Cheetahs fullback Rhyno Smith and former Lions utility back Andries Coetzee have both joined the Italian team while they still possess stars such as Monty Ioane and Toa Halafihi.

South Africans in their team include Irne Herbst, who played lock for the Bulls and former Stormers halfback Dewaldt Duvenage. Carl Wegner, Corniel Els and former SA under-20 and now Italian international Braam Steyn will add an uniquely local flavour to their clashes.

Possibly the easiest of all the clashes for the South African teams, Zebre failed to win a game in the Rainbow Cup, losing both games to Benetton as well as losses to Edinburgh, Cardiff and Munster in a poor campaign.

The team have shopped around in the off season, adding Olympic Sevens gold medallist Asaeli Tuivuaka, as well as New Zealanders Liam Mitchell and Tim O’Malley.

South African centre Cronje and will be targeting a winning start in the competition’s curtain-raiser at home to the Lions.