Look who’s back: Jaco Kriel to wear Lions No 6 jersey in URC opener

The Joburg team are up against Italian side Zebre in their first match in the new competition. 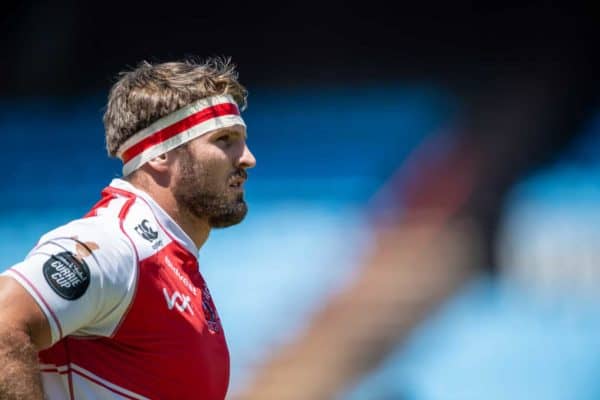 Former Springbok flank and Lions captain Jaco Kriel is fit and ready to play again, for the Lions against Zebre on Friday. Picture: Anton Geyser/Gallo Images

Former Springbok flank Jaco Kriel is fit and raring to go for the Lions.

The former Lions captain has recovered from an array of injuries since rejoining the team from Gloucester two years ago and will start in the team’s United Rugby Championship match against Zebre in Parma, Italy this weekend.

Kriel will again don the No 6 jersey, like he did for many years in the Lions’ golden period between 2015 and 2018 when they featured in three consecutive Super Rugby finals.

ALSO READ: URC: Learn more about the SA teams’ opponents in round one

The 32-year-old is one of three Springboks in the Lions team, the other two being prop Ruan Dreyer and wing Jamba Ulengo.

This weekend will see the four big South African rugby franchises enter the new URC for the first time.

Experienced centre Burger Odendaal will captain the team, with Wandisile Simelane next to him in midfield. Vincent Tshituka is also back from injury and will play alongside Kriel and Francke Horn in the back-row.

“It’s an exciting new chapter for the Lions and we are really looking forward to our first match tomorrow against Zebre,” said Van Rooyen.

“The URC will test our character as a group but it’s a challenge we are up for.

“We believe the match-23 we’ve decided upon will be competitive on the day and hopefully establish some momentum going into the next few weeks of the tournament.”