"It's obviously more pressurised rugby and we have to go back to grinding it out again." 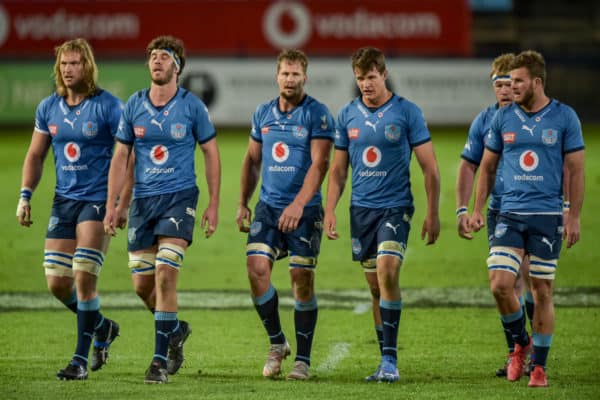 The Bulls will be hoping for a better performance against Connacht in the URC this weekend. Picture: Christiaan Kotze/Gallo Images

The Bulls like to market themselves as being one of the most physical outfits around and, having been thoroughly outplayed by a pacy, skilful Leinster team on the opening weekend of United Rugby Championship action, flank Arno Botha expects them to be able to throw their weight around a bit more against Connacht on Friday night.

Playing in perfect conditions for running rugby, Leinster barely allowed physicality to come into it with their high-paced game and efficiency at the breakdown, but a change in the Irish weather this weekend might also slow the game down for the Bulls.

“There were perfect conditions against Leinster, sunny with no wind, but it’s going to be totally different against Connacht, which they say is like Kimberley,” Botha, who played for Munster before returning to the Bulls, said on Monday.

“But I think it’s going to rain, so it will be cold and wet. They bring a physical battle and they never stop, their whole mindset is just to go and go.

“They beat Munster there and it’s definitely going to be a physical and interesting battle for us. We need to be more clinical, it’s not so much physicality that let us down.

“It’s just about getting more comfortable in a different environment, there are things we need to adapt to, and sometimes just one or two mistakes mean you lose the game.”

Botha said that, as the tourists, they need to find a way to take Connacht out of their comfort zone.

“It’s obviously more pressurised rugby and we have to go back to grinding it out again so we can take them from their comfort zone to an uncomfortable place,” Botha said.

“Leinster were quick and they caught us a bit because we went in not being too sure what to expect. But it’s not a train smash, it’s still a learning curve for us and we will make the step up.

“I don’t think there’s a big gap between us and the Irish, sometimes things just happen in a game. We made two mistakes and we were behind our poles. There was no panic though, but there were little defining moments that we got wrong and we must learn from.”