The Bok fullback conundrum: Is it time to back another No 15?

We pick five players who could take charge of the fullback position on the end-of-year tour. 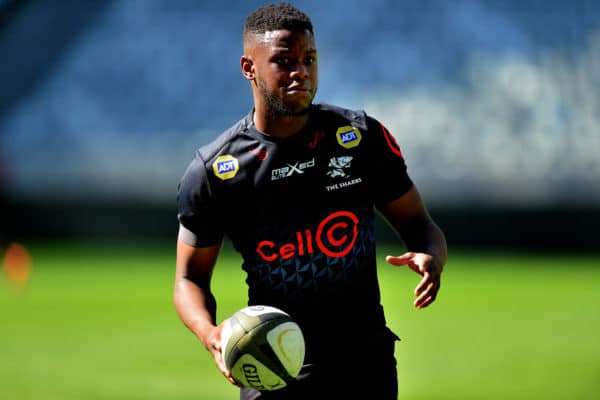 Aphelele Fassi of the Sharks is an option at fullback for the end-of-year Springbok tour. Picture: Gallo Images

The 2021 Rugby Championship came to an end on Saturday, with the Springboks finishing a disappointing third, but rounded out their campaign in the best possible fashion with a well deserved win over old foes the All Blacks.

The win was centred on a host of halftime substitutes that swung the game back in favour of the Boks, with the replacement of Frans Steyn at fullback for Willie le Roux of particular importance.

The 32-year-old Le Roux has been a stalwart in the Bok set-up over the past few years and played an integral role in helping the team secure the Webb Ellis Cup in 2019.

He has made 66 appearances since his debut in 2013 scoring 60 points, but his form over the past season has been steadily declining, with a dreadful showing in the past weekend’s game seeing him yanked off at halftime and the question has to be asked, is it time to look to the future?

A number of exciting up and coming talents are waiting in the wings for their chance, while there are a couple of experienced heads who could fill in as the Boks look ahead to the end of year tour.

At the head of the list should be Sharks fullback Fassi. The brilliant youngster has already made his Bok debut against Georgia, scoring a sublime try down the touchline, while he also scored another superb try in his second appearance against Argentina, but both of those appearances were made on the wing.

Fassi however is much more suited to fullback as he is very good under the high ball, has an intelligent boot and is a superb counter attacking option. He also fits in well to a Bok backline that features fellow Sharks players in Lukhanyo Am and Makazole Mapimpi which should make him feel right at home.

Giving Fassi a run at fullback during the end of year tour should be paramount for the future of the Springboks.

Gelant was seen as the obvious replacement for Le Roux when he made his Springbok debut back in 2017, but due to a retched run of injuries, has made only nine appearances for the Boks in that time. His latest injury saw him tear his ACL in November last year and go under the knife, only returning to the field for Western Province towards the end of their Currie Cup campaign in August.

He has since put in a number of solid showings, including this past weekend for the Stormers against a powerful Munster side and he should be back in contention for Bok selection for the end of year tour.

Cheslin Kolbe is arguably the best wing in world rugby at the moment, however he first made his name as a fullback at Western Province and the Stormers.

Kolbe is the epitome of a utility back however, with him able to slot in at flyhalf and scrumhalf as well, but he should most likely stick to wing where he is most dangerous.

The Springboks do have a number of exciting wings, with Sbu Nkosi impressing in place of the injured Kolbe during the Rugby Championship Down Under, which does leave the opportunity to give Kolbe a run at fullback during the end of year tour.

The Springbok utility back Willemse still is yet to settle into a preferred position, which needs to be addressed soon if he is to reach his potential. Starting off as a flyhalf, he has then been shifted to fullback and most recently for the Boks been used at centre.

But if he is to improve and become a regular for his country he needs to have a clear idea of where he fits into the plans and thus needs to be backed for his province and his country in one position. He has looked solid at fullback, but would face stiff opposition even at provincial level from Gelant, however that could be exactly what is needed to bring the best out of both players.

Sharks utility back Curwin Bosch has for a long time been seen as a possible future Springbok flyhalf option, however his inconsistent form has led to him making just two appearances for the Boks since his debut in 2017.

In recent times he has been shifted primarily to fullback for the Sharks, where he seems most at home and if he can go on a decent run of form in the United Rugby Championship he will definitely stay on the Bok radar.