The front-row forward could also be up against the Springboks if he cracks the Scotland team next month. 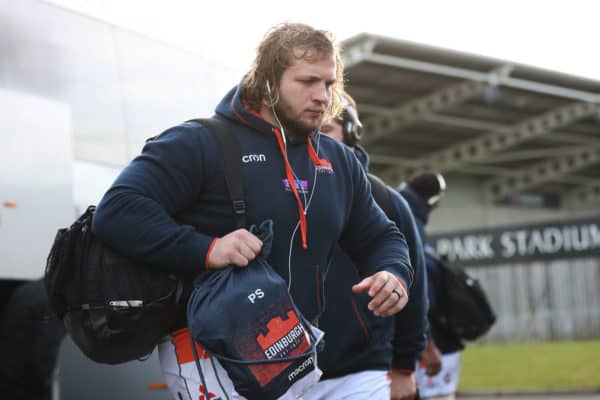 Former Bulls player Pierre Schoeman will be up against his old friends when he runs out for Edinburgh Rugby against the Pretoria-based team this weekend. Picture: Ian MacNicol/Getty Images

It is all happening at once for Edinburgh prop Pierre Schoeman as he celebrates his first call-up to the Scotland squad in the same week as the United Rugby Championship delivers him his first clash with his old team.

Schoeman, who was called up to the Scotland training camp that starts on Sunday after completing his three year qualification requirement, admits it is a bit weird to be preparing to play against old friends and teammates. He’d love to mix with some of his old Bulls teammates a bit more, and is a bit miffed that the Pretoria team is staying outside Edinburgh until the eve of Saturday’s big game at the DAM Health Stadium.

At the same time though, he knows there can be no love lost in the battle between the white lines, and he also knows that a big performance could secure him an opportunity to play against another team that will include several former teammates and friends of his, and also a side he grew up supporting as a boy – the world champion Springboks.

The Boks are in Edinburgh shortly for their end of year tour Test against Scotland and by being called up to the training camp for the Autumn Internationals, Schoeman has put himself in with a chance of being part of that Murrayfield occasion.

“It would be a massive honour to play in that game, particularly at Murrayfield, and it would also be a bit personal, so hopefully there won’t be too many swear words,” laughed Schoeman when he considered the prospect of playing against the country of his birth so early in his Scotland career.

“It will be a bit weird singing the national anthem of Scotland, but Flower of Scotland is easy to learn and at least it is all in one language.”

If Schoeman doesn’t make it into the Scotland team for the imminent clash with the Boks, his longer-term goal of being at the next World Cup in France in 2023 should see him playing against the team he says he spent his boyhood dreaming about playing for. Scotland are in the same group as the Boks in that tournament.

In the meantime Schoeman is relishing the opportunity to play against teams from South Africa again, and says that in terms of physicality, the game against the Stormers last weekend was a step up for him and his Edinburgh teammates.

“I was so excited to be playing against South African players again and the local boys were too. We knew it would be more physical than we are used to, and the Stormers didn’t disappoint in that regard, they were physical on defence and on attack too.

“The guys were all a little bit more excited and nervous than they normally are before a game and many of them admitted afterwards that it was closer to a Test match than a normal PRO14 or URC match.

“While it was all out between the white lines, it was also fun. I spoke some Afrikaans before the time. I know Warrick Gelant from my time with the Bulls and I also know Evan Roos quite well, and Brok Harris was playing club rugby over here for many years. But it was very competitive on the pitch, and a bit more personal than usual.”

Not making it too personal is something that Schoeman is having to work on this week as he prepares for Saturday’s clash with his old team, the Bulls.

“It is a bit weird to be playing against the Bulls, I keep thinking back to those days where we sat around Loftus after training sessions talking about the next match and our chances,” he said.

“The Bulls are coming through on Friday and I am hoping to meet up with some of them. There are a few guys in the team and in the management who I know well, and it will be nice to have a coffee with them on Friday. Rugby is known for the brotherships that are built up, and it will be nice to meet up, but then the next day, as Bakkies (Botha) would say, you put everything into it.

“There is more motivation for me playing against the Bulls but I have to try and treat it like another game. There is a fine balance between being motivated and getting carried away and being too enthusiastic. So the key is to try and not make it too personal as that might make you deviate away from the team goal and plan and rugby is a team game.”