‘Not an experiment’: Nienaber backs Kriel at wing for Boks 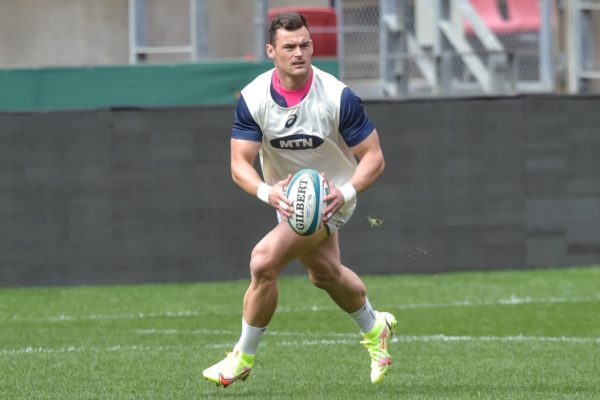 Jesse Kriel is seen as a long-term option on the wing for the Springboks after he was named at right wing for their first match of their end of year tour to the UK against Wales at the Principality Stadium in Cardiff on Saturday.

Herschel Jantjies got the nod ahead of Cobus Reinach to replace injured scrumhalf Faf de Klerk, and Damian Willemse slots in at fullback with Willie le Roux out of the match 23, but it was the selection of Kriel on the wing ahead of Aphelele Fassi (after Sbu Nkosi’s visa troubles ruled him out) that was the biggest surprise.

“Jesse has played on the wing before, so it’s not an experiment,” said Bok coach Jacques Nienaber.

“We know that he can do it. He played for us in 2018 against the All Blacks in Wellington when he started on the wing.

“Also, in terms of our change at fullback, Jesse brings some organisational skills and some experience with almost 50 Test caps, so when rotating a guy like Willie with over 70 Test caps it gives an opportunity for someone with experience to come in, and that’s why we decided to put Jesse there.

“Jesse has trained well with us over the last couple of weeks, and as a team we want to win, we want to develop, transform and we want to create squad depth, so this is an ideal opportunity for us to get some experience for the guys on this end of year tour.”

However, after Kriel’s switch to the wing on a regular basis as far back as 2018, a season ending injury to Lukhanyo Am instead saw Kriel move back to centre which then allowed Cheslin Kolbe to get his shot on the wing.

“We selected Jesse at 14 for that Test match (against the All Blacks) but then Lukhanyo broke his arm and the guy that was benching for Jesse in that match was Cheslin, so Jesse moved into 13 and Cheslin came on,” explained Nienaber.

“So from then Jesse played 13 the rest of that season and Cheslin cemented himself at 14, so we haven’t had a chance again to see him on the wing.”