Boks must fight for their spots, says coach Nienaber

Nienaber admitted that Fassi was disappointed to miss out on selection, as were all the players who didn’t make the match 23. 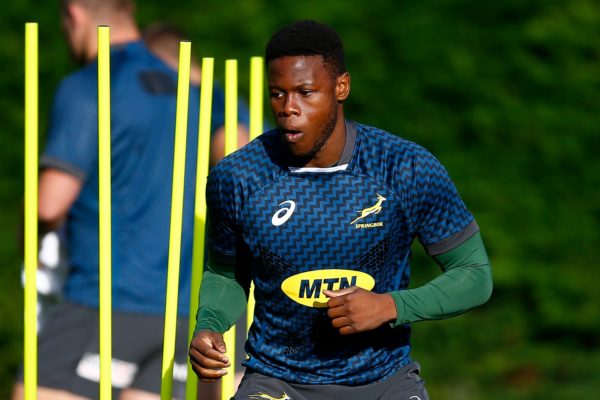 Receiving a Test cap for the national team means something nowadays, Springbok coach Jacques Nienaber believes, saying players have to wait for their opportunity to shine.

Nienaber was explaining his decision to back Damian Willemse at fullback over exciting youngster Aphelele Fassi – with Willie le Roux set for a mentorship role on tour – after naming the match 23 to take on Wales at the Principality Stadium in Cardiff on Saturday.

Fassi could be in line for a chance at some point, however, with growing calls for the Sharks fullback to get an opportunity to prove his worth.

“We don’t want to make caps easy. You must always work hard to get a Test cap, and the players do,” said Nienaber.

“It’s tough to leave somebody out of this team currently and we are fortunate to be in that position.

“You really have to work hard and be patient and continue working hard to get a shot in the 23, so it was tough because obviously he’s (Fassi) got specific skills and attributes that he brings to the party.

“We’ve got a specific plan in mind for these three games, but if things go according to plan there might be an opportunity.”

Nienaber admitted that Fassi was disappointed to miss out on selection, as were all of the players who didn’t make the match 23, but their job was not over yet and they now had to support the playing squad.

ALSO READ: ‘Not an experiment’ – Nienaber backs Kriel at wing for Boks

“Everyone takes the decisions well because we are open and honest,” he said.

“But the moment you are not selected your job is not done. You now have another job and your job is to prepare this team and to give input to the 23 that has been selected.”