After ‘mentally challenging year’ Boks keen to end on a high

"After Saturday's game we will sit down together, have a beer, look back at the year and smile about it and cherish the memories that we have made together." 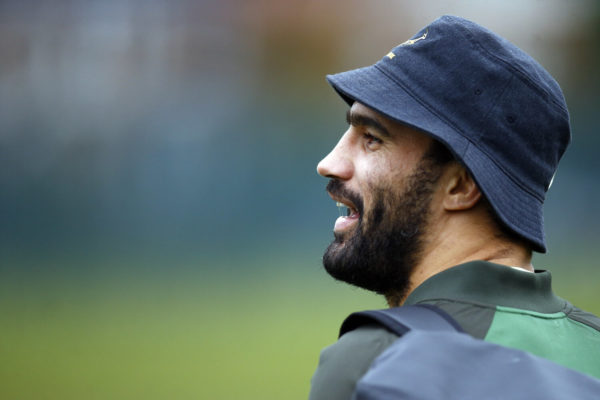 Springbok centre Damian de Allende is hopeful the team will end their season on a high at Twickenham on Saturday. Picture: Steve Haag/Gallo Images

A very tough year of international rugby comes to an end for the Springboks on Saturday when they take on England in their final end-of-year-tour match at Twickenham.

Having played no international rugby in 2020, the Boks went into an incredibly tough three month stint in a bio bubble as they took on the British and Irish Lions and then competed in the Rugby Championship, before getting a few weeks off and going straight into their UK tour.

Inside centre Damian de Allende admitted that despite the difficulties in getting back to regularity on the international stage, it had been good to link up with the rest of the team again after so long.

“When we got together that first week before the British and Irish Lions series we hadn’t seen each other for so long, those first few days were incredible,” said De Allende, who plays his club rugby in Europe.

“I had never seen the guys that excited. Obviously we had celebrated after winning the World Cup and that was the last time we were all together.

“It’s been a challenging year, we have been in a bubble since the British and Irish Lions series, and then going to Australia was quite tough on all of us mentally, but I think we got through that nicely as a squad.

“So it’s been incredible to be with the guys again, obviously we’re in a bit of a bio bubble again, but we know there is one more big push which is this weekend. And, we want to end the tour on a high because we won’t see each other for about seven months again.

“But after Saturday night’s game I think we will sit down together, have a beer, look back at the year that has just passed and smile about it and cherish the memories that we have made together.”

ALSO READ: Bok centres De Allende, Am — inseparable on and off the field

Powerful performances from the Boks against Wales and Scotland see them head into the England match with a lot of momentum and they will be looking to put in another big showing to finish the tour off in style.

It has been a tough build up week for the team with a World Rugby awards snub not seeing any Bok players or coaches named on the yearly awards list, which despite being brushed aside by the coaches and players, must have had an impact on them.

Their Director of Rugby Rassie Erasmus was then banned from all rugby activities for two months on Wednesday after World Rugby handed down their verdict on his misconduct hearing, which was another blow.

However, both of these moments could end up working in the team’s favour as they will need no extra motivation and will be fully pumped up to put in a massive effort against England just to remind World Rugby who the world champions are.