"I love it because all six of them -- and you could even look at their third-string front rows as well -- are arguably world-class operators." 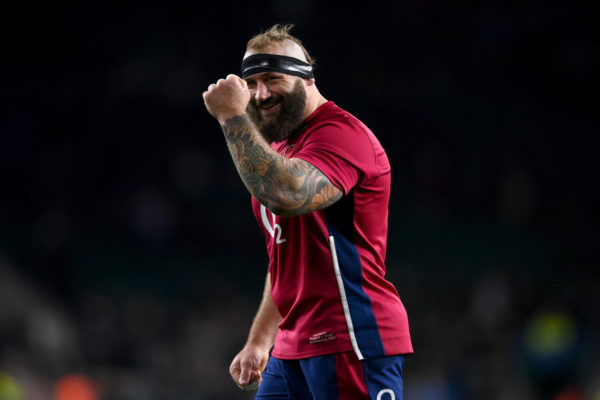 Joe Marler of England is excited about facing the Springbok front row forwards in their Test at Twickenham on Saturday. Picture: Mike Hewitt/Getty Images

Joe Marler said on Friday he hopes a combination of red wine and adrenaline will prove a winning formula when England face South Africa at Twickenham this weekend.

Marler, having been in coronavirus-enforced quarantine in the build-up to Saturday’s clash, is set for a role off the bench in what will be a rematch of the 2019 Rugby World Cup final.

But the experienced prop, with 73 England caps behind him, seems certain to feature against a South African front-row renowned for their scrummaging ferocity and with an entire replacement trio — the so-called “Bomb Squad” — all primed to come on during the game.

England will be without a number of players including Jamie George, Luke Cowan-Dickie and Ellis Genge due to a combination of illness and injury, with Marler denied a starting role after his spell of Covid self-isolation.

ALSO READ: After ‘mentally challenging year’ Boks keen to end on a high

But the Harlequins front-rower has kept fit in his own unique way, with both England and South Africa looking to complete a clean sweep of wins in their end-of-year campaigns.

“And then I tucked into a bottle of red (wine) a day just to keep things going and I’ve managed to make it back.”

“I’m really grateful for the opportunity to come back in and try to contribute in some way,” added the 31-year-old, who came off the bench when the Springboks overwhelmed England 32-12 in the World Cup final in Japan.

“Head on. I’ve thought about this,” said Marler, who played in England’s Autumn Nations Series opening rout of Tonga before sitting out a 32-15 win over Australia a week later.

“You know when you get adrenaline and adrenaline is used for fight or flight… that’s genetics, Neanderthals, the first men… the reason was to work out whether you could stay and fight or leg it because you’re really scared,” he added.

“That’s how I feel about the Springbok front rowers and their scrummaging and their passion for it. It’s very much fight or flight and I run towards the fight side of it.

“I love it because all six of them — and you could even look at their third-string front rows as well — are arguably world-class operators.

“And that’s what I want to do. I want to test myself against the best in the hottest environment and I’m really excited about it.”