"It’s the third Test we’ve lost this year where it’s 78 minutes in the game and we’re leading by one or two points." 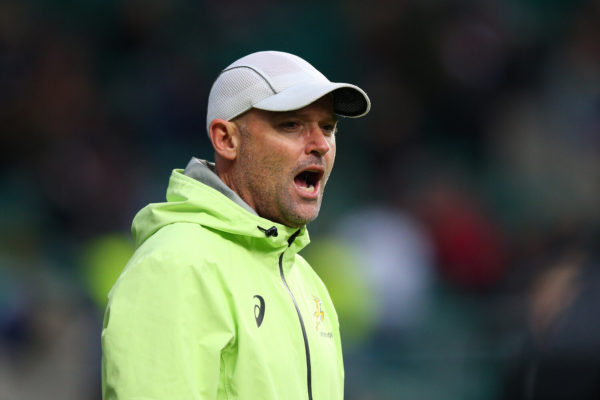 The Springboks will look back on a difficult 2021 rugby year and point to small moments that in the end turned what could have been an amazing year into just a decent one, chief among them their kicking at goal and late discipline.

Of their five lost matches over the season, three were lost in the dying moments, as Quade Cooper and Marcus Smith kicked 80th minute penalties for Australia and England respectively to sneak wins, while the All Blacks relied on a 78th minute penalty kick from Jordie Barrett to edge the Boks.

After the England match at Twickenham on Saturday Bok coach Jacques Nienaber admitted that it was a frustrating situation to give the game away in the dying moments.

“It is obviously disappointing and it’s the third Test we’ve lost this year where it’s 78 minutes in the game and we’re leading by one or two points and then we don’t finish the game … that’s something we will have to look at and improve on,” admitted Nienaber.

ALSO READ: ‘No excuses,’ says Kolisi after Twickers loss at end of tough 2021

However, the Boks were also reliant themselves on a late show in two games, with a 79th minute penalty from Morne Steyn giving them a win over the British and Irish Lions and a penalty well after the full time hooter from Elton Jantjies saw them edge out the All Blacks.

Two of the losses, against Australia and against England, could also be attributed to the hot and cold boots of the Bok kickers, particularly flyhalf Handre Pollard, who at times was dead eye, while at others he couldn’t hit a barn door.

In the two point Australian loss Pollard missed two penalties and a conversion, with Jantjies also missing a conversion, compared to Cooper who slotted all eight of his kicks at goal, with accuracy proving the difference.

Against England it was a similar situation as Pollard missed two penalties he really should have slotted, while Jantjies missed a tricky touchline conversion, while Smith nailed all four of his shots at goal including two touchline conversions which helped them claim a one point win.

It thus could have been a much better year for the team, with small margins deciding many of the games.

“I said to the guys in the change room that we are a team who is better than our win percentage this year,” said Nienaber.

“We lost a lot of development in 2020 because we didn’t play any Test matches and we always said this year is for us, let’s see where we are compared to where we were in 2019 and I have made no fuss about saying I don’t think we are back there yet.

“Now we have played a full year of international rugby. W know where we are, we know what we have to improve on and now we have to build. We’ve got (just under) two years leading up to France 2023 and there are a lot of things we need to work on to get better.”