Racing have reportedly paid R5 million to the Bulls for Nyakane. 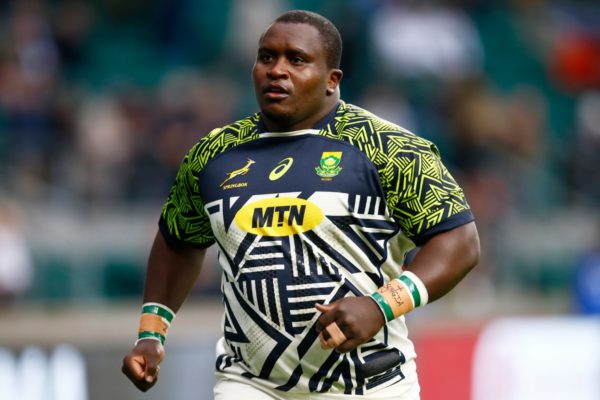 Trevor Nyakane will leave the Bulls after signing a deal with Racing 92. Picture: Steve Haag/Gallo Images

Tighthead prop Nyakane, 32, started all three of the Springboks’ November fixtures and will arrive from the Blue Bulls before Georges-Henri Colombe leaves the Parisian side for La Rochelle at the end of the season.

ALSO READ: Bulls hooker Grobbelaar on what he learned touring with the Boks

According to SuperSport, Racing have paid R5 million to the Bulls for Nyakane with his deal in Pretoria ending in 2023.

“It was important to sign back-up with the departure of George-Henri Colombe. We also wanted someone with experience to help the youngsters. It’s an added value but also an example,” Travers told AFP.

“He has top-level experience. It was important that he’s able to pass it on. He can play at tight-head and loose-head prop, I think he’s even played one or two matches at hooker.

“He’s a versatile player and I hope he’ll bring what we expect,” he added.

Travers’ side head to Castres in the Top 14 this weekend before two European Champions Cup games, against Northampton and the Ospreys, next month.