Playing rugby in uncertain times and not knowing when you'll be in action next has been difficult. 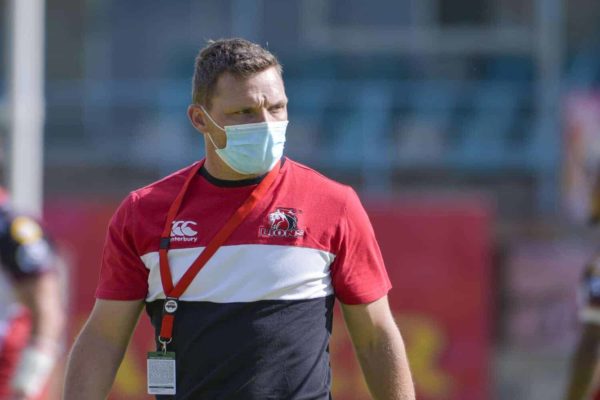 The Lions’ focus on being adaptable during uncertain times due to the Covid pandemic will be a massive boost to the team as they look to continue their maiden United Rugby Championship campaign next month.

The Lions ended their year in fine style with a dominant bonus point win over the Stormers in their rescheduled local derby over the past weekend in Cape Town after the postponement of their original fixtures due to the new virus variant.

The team’s next match is scheduled for the 7 January when they are meant to front up against Leinster at the RDS Arena in Ireland, however with travel restrictions in place it is still up in the air whether the Lions will be able to make the fixture.

“I think we have learnt in the last year and a half that anything is possible and if you don’t adapt you don’t move on to the next occasion and you will probably get stuck a bit,” said Lions coach Ivan van Rooyen.

“Against the Stormers we knew that the next game is supposed to be in early January, so we knew we had 80 minutes to go flat out and it went our way in the end.”

Lions captain Burger Odendaal echoed the sentiments of his coach as he has also been extremely happy with his side’s mental toughness and their ability to adjust to the situation when needed.

With a busy schedule on the cards for the union from January onwards with the Currie Cup expected to kick off and two squads needed to compete in both tournaments, the players will need to continue to be as adaptable as possible over the coming months.

“This year has really been a rollercoaster, mentally it has been really tough on the guys. Preparing for a game and then it doesn’t happen is difficult,” admitted Odendaal.

“The biggest thing for us this year was to adjust and hats off to the boys. I think every time something has happened they stayed calm and took on the next challenge. So we don’t know what the future holds for us but we will just take it week by week and day by day.”