The Joburg side still have to play against Connacht and Benetton at home and against the Dragons in Wales. 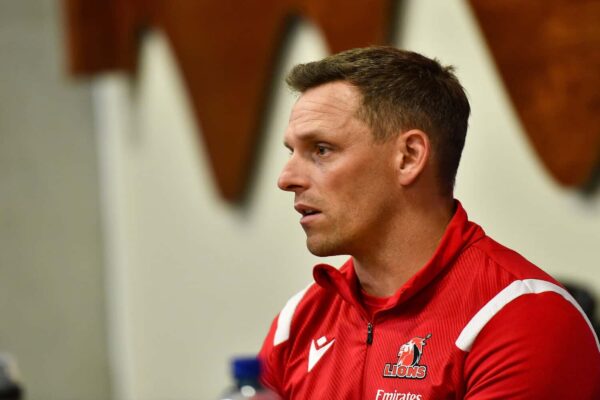 Lions coach Ivan van Rooyen says the wet-weather defeat against the Sharks will benefit his side in the long run. Picture: Ashley Vlotman/Gallo Images

Despite a lacklustre display in Durban the Lions are going to take a lot of learnings out of their heavy United Rugby Championship loss against the Sharks over the past weekend, which will bode well for the future.

The Lions have shown over the past couple of months that at home on the Highveld in conditions that are favourable to them, they can beat some of the best teams in the competition, after picking up two wins against top five ranked sides.

However, away from home, in difficult conditions that don’t suit them, it is a completely different kettle of fish and it was laid bare by the Sharks over the weekend in the cold and rain in Durban.

The conditions are very similar to what the Lions can expect overseas in coming editions of the URC and if they want to become an actual challenger in the competition, they will have to come to grips with it sooner rather than later.

“It’s not nice sitting here after a loss like that, but we will definitely be better off after this experience. I think the lessons learned from this match will be massive for us going forward,” said Lions coach Ivan van Rooyen.

“It is probably the wettest game we have played in so far, even when you look at the European conditions we played in. So definitely within the next year or so we are going to have multiple games like this.

“Preparing for it and feeling it are two very different things. It is difficult to mimic this in 25 degree weather back home with no wind and a dry ball. So I think there were unbelievable lessons learned for the guys.”

The Lions now have the coming weekend off, before turning their attention to their final three games of their URC campaign, with home matches against Connacht and Benetton later this month, followed up by their final match at the end of April against the Dragons in Wales.

“We have two quality teams coming to us. Both Benetton and Connacht play an attractive brand of rugby, so I think it’s going to be two very exciting games back home and then we head to the Dragons in Wales,” said Van Rooyen.

“Three games left for us but in that is about six to seven weeks of preparation. We have some good preparation time, two to three sessions this week for the boys and then back into game week.

“So it is important for us to rest well and recover well, but also have a very crucial training week to get us back in the right mindset.”