Clarity has also been provided by Tappe Henning that "the first protocol is for the on-field match officials to make a call." 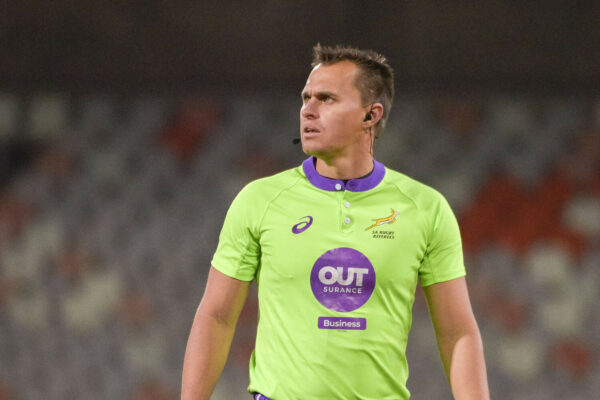 A bone of contention for fans during the United Rugby Championship in recent times has been the impact of the television match officials (TMO) on games.

With the amount of time it takes to reach certain decisions and even then with some strange decisions being made, many have called for an overhaul of the current system.

During a URC refereeing round table discussion on Thursday, URC head of referees Tappe Henning admitted that World Rugby was currently reviewing the TMO protocols and that a new system would be implemented soon.

“World Rugby has taken the TMO protocol on board and it is being revised at the moment,” explained Henning.

“They have appointed someone specifically in World Rugby to take that as a project to develop our TMO process and the protocol: What can be referred, how it should be referred and how does the communication work.

“So I am pleased to say that is being revised and I am quite excited to look at the outcome of that and start to implement it into our next season and I think that’s going to make it much better.”

However, with the current season still to be completed, TMOs could still play a big part in how the last few matches turn out, including in the play-offs.

Henning made it very clear that he expected the on-field ref to take charge of those decisions and that the TMO must only play a supporting role and not try and take control of the decision, as some South African TMOs had done in recent times.

“At the moment the referee is the leader of the team and needs to take the lead on those decisions,” said Henning. “Unless the referee doesn’t have a good view on a big screen or there is no big screen available, he will then be dependent on the TMO to lead the decision and the process.

“There was a little bit of a difference in the protocol of how South African TMOs were dealing with it in the Currie Cup and other competitions.

“But we have addressed that with two workshops over the last four weeks to make them understand that the referee is still the leader of the group and needs to lead the decision making.”

Henning continued: “The basic framework of the TMO referrals is for the referee to own it. The first protocol is for the on-field match officials to make a call. If they cannot make that call live the referee then asks to put it up to get more information to make an accurate decision.

“Only if the referee is completely off the mark, can the TMO make him aware of information in the picture to focus on for an accurate decision. But the whole process must be led by the referee on the field as the leader of the four.”