The former Cheetahs winger says he is living the dream playing club rugby in France. 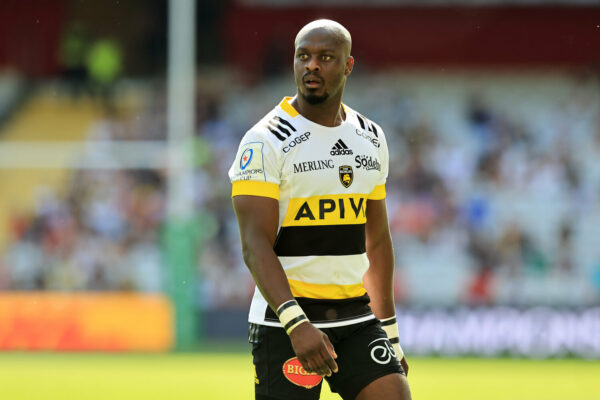 Springbok discard Raymond Rhule has overcome a dislike of running, the gym and stretching to establish himself as a vital cog for La Rochelle going into Saturday’s European Champions Cup final against Leinster.

“What I’m living at the moment? A dream,” Rhule told AFP.

“It’s incredible for me, the club, the fans. Every summer you start a season to do something special and it’s really incredible when you manage it.”

At 29, Rhule’s reinvention at La Rochelle is the latest episode in a life well travelled.

Born in Ghana, Rhule moved with his parents to South Africa at the age of seven and learned his rugby on the Highveld around the central city of Bloemfontein.

His sheer speed saw him picked up by the Cheetahs, followed by the “Baby Boks”, under-20 world champions in 2012, and finally the Springboks proper.

After notching up 43 tries in 116 matches in Super Rugby and Currie Cup, Rhule made his international debut in 2017, starting his career in a South African side that handed France three defeats.

But his international adventure came to a shuddering halt when his defensive frailities were highlighted in a 57-0 thrashing by the All Blacks.

Rhule became a scapegoat for that humiliation and chose exile over staying in South Africa.

He was signed up by La Rochelle’s Top 14 rivals Grenoble and quickly overcame the often tricky language barrier with ease.

“There weren’t many anglophones in the team, I didn’t understand anything when I arrived, but I picked up French quickly,” said Rhule, a polygot who speaks six languages.

The back said he struggled with the intensity of the Top 14, with “promotion and relegation which maintain a continuous pressure that I hadn’t experienced before”.

“It’s tough to live that. Each match we were playing for survival. If you don’t win it’s Pro D2,” Rhule said, having played a season in the second division for Grenoble after their relegation before signing for La Rochelle in 2020.

Ronan O’Gara had just signed up as new coach of La Rochelle after a coaching stint with the Crusaders and Rhule seemingly had the potential to fit into his ‘KBA’ (keep ball alive) philosophy.

With the promise of a gameplan based on offloading and passing, Rhule also found himself alongside ex-South African under-20 teammates Dillyn Leyds and Wiaan Liebenberg, as well as rubbing shoulders with former Super Rugby players in the shape of Tawera Kerr-Barlow, Ihaia West and Will Skelton.

But Rhule insisted he was “not like other athletes”.

“I don’t like running, frankly I don’t like working out, I don’t eat well. I do lots of bad things, it’s maybe that that helps me!

“You could say I’m the Finn Russell of La Rochelle,” a laughing Rhule said in reference to Racing 92’s Scotland flyhalf, who has built up a reputation as a bon vivant.

Rhule added: “Each physio I come across in rugby tells me ‘Think of stretching’. But I never stretch my hamstrings.

“It works as it is: if it’s not broken, you don’t change it. We’ll see what the future holds for me.”

The immediate future is a second successive European final, this time against Leinster in Marseille on Saturday, either starting on the wing or centre.

“As long as I touch the ball… Put me on the pitch, we’ll find a solution,” Rhule said, echoing the spirit of O’Gara’s open gameplan.

Leinster, who thrashed defending champions Toulouse in the semi-finals, will make for tough opponents, Rhule said.

“From 1 to 23, they’re all internationals, really experienced. But having the best team on paper doesn’t mean anything these days, it depends so much on the mind… all the pressure will be on them, we will have nothing to lose.