Jordan had been expected to start on the right wing, with Jordie Barrett at full-back. 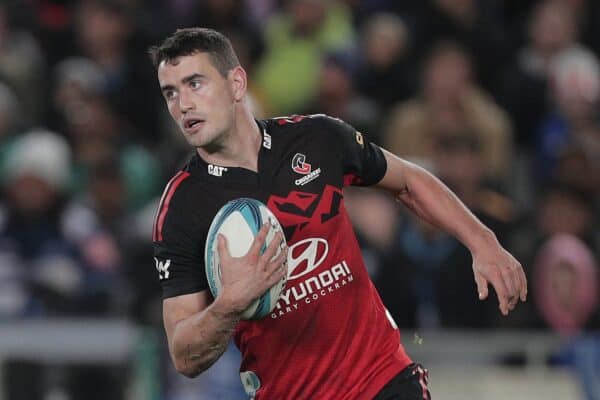 Will Jordan will miss the first Test between New Zealand and Ireland this weekend. Picture: Getty Images

New Zealand’s Will Jordan became the latest All Black to be struck down by Covid on Tuesday, just four days before the first Test against Ireland in Auckland.

Fly-half Richie Mo’unga has a stomach virus but is expected to be available off the bench at Eden Park on Saturday with Beauden Barrett starting in the number 10 jersey.

Jordan had been expected to start on the right wing with Jordie Barrett, who is also said to be nursing a minor injury, at full-back.

The virus sweeping through the All Blacks’ camp may give two players the chance to make their Test debuts, with Leicester Fainga’anuku in line to start on the wing and Stephen Perofeta coming off the bench should Mo’unga not recover in time.

Quinn Tupaea, who featured in seven Tests last year, could come into the centres because of the absence of Havili and Goodhue alongside the four-Test Braydon Ennor who has been added to the squad.

Assistant coaches Brad Mooar and Greg Feek, with the help of former Ireland coach Joe Schmidt who got a call-up on Monday, are in charge of preparing the side and remain in close contact with Foster who is in isolation while he recovers.

New Zealander Schmidt, who had already been scheduled to join the All Blacks after the Ireland tour, will assist with training on Tuesday and Thursday.

“We’ve planned for this kind of disruption and we’ve got back up plans and people on standby,” said Foster.

“Joe was one of those people we could call on.

“I’ve got every confidence in our coaching group, and in our senior leaders who are all stepping up in what’s a massive Test for us.”