Wales ready for tough challenge against much changed Boks

Biggar says his side are ready to go out there and turn the result around this weekend. 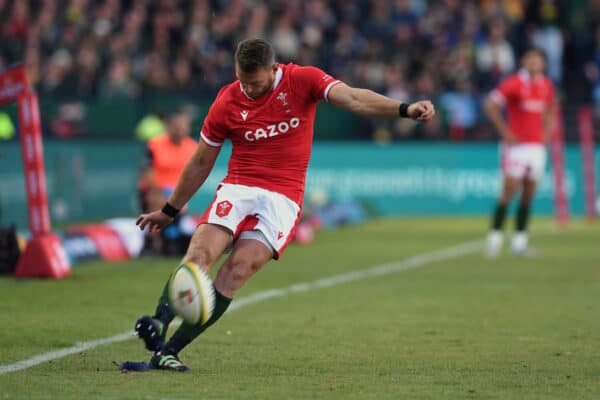 Wales captain Dan Biggar is expecting a tough challenge from a team of in-form players when they take on the Springboks in the second Test at the Free State Stadium in Bloemfontein on Saturday afternoon (kick-off 5.05pm).

Much has been said about the raft of changes made by the home side for the match, with 14 in the run on team and 19 in the match-23, however that is all a non-starter for Biggar who believes that the visitors are in for a huge challenge.

“If you look at the players that they have picked you could almost say that they are the real in-form players. I know the side that we played last weekend are renowned, experienced, World Cup winners and all that,” explained Biggar.

ALSO READ: Wales excited for second crack at the Springboks in Bloem Test

“But this team, they’ve got some real exciting form players. When I heard they made 14 changes (to the run on team) I wondered who they were going to bring in. Then after I saw the team, I don’t expect this to be anything other than an incredibly tough game.

“For me there is nothing wrong with it. We make changes every autumn when we face teams like Georgia or Fiji. So for me there’s nothing in it. They can pick who they want and they are going to be strong no matter who they put out,” the skipper added.

Looking on to the match, Biggar claimed that his side had gotten over the disappointment of losing at the death in the first Test and they were ready to go out there and try to turn the result around this weekend.

ALSO READ: Pollard fired up to lead Boks against Wales in second Test

“We have had a good week in training. Admittedly it was disappointing the way (the first Test) came to an end. But the confidence built from the performance that we produced made it easy to get back on the horse,” said Biggar.

“The boys have been in good spirits and are really looking forward to this weekend to go one better.”

It is set to be an interesting clash, with Wales looking to pick up their first ever win over the Springboks in South Africa, while the home team will be keen to justify their selections and seal the series.