All the northern hemisphere teams won at the weekend after the southern teams won in week one. 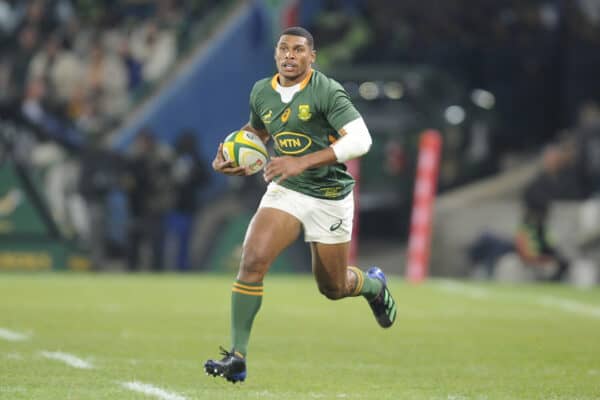 Damian Willemse is in line to play a big role for the Springboks against Wales this weekend. Picture: Charle Lombard/Gallo Images

It was a surprising weekend for the Southern based Rugby Championship teams, including the Springboks, as they were completely blanked by their Northern counterparts in the second round of matches of their respective three Test incoming series.

It was a complete reversal from the first weekend where the South came out on top of the North, meaning that all eight teams head into the final round of fixtures with their respective series on the line, making for an exciting upcoming weekend of rugby.

The biggest surprise of the weekend saw Ireland pick up a first ever win in New Zealand, as they beat the All Blacks 23-12, after a much improved performance after being hammered 42-19 in the first Test.

The All Blacks were however their own worst enemy, conceding a red card in the first half which played a big part in the outcome, while they were also not as sharp as the previous weekend, allowing Ireland to take their chances and seal a famous win.

Wales were then the second side to claim a historic result over the weekend, edging the Springboks 13-12 for their first ever win in South Africa.

However the hosts fielded a much changed side from the first Test, featuring 19 changes to the match-23 and six debutants in the squad, leading many wondering whether they would have gelled enough to give the Welsh a run for their money.

In the end the experimental Bok side was more than a match, and had they taken their opportunities could have won the game comfortably, but were instead given a harsh lesson in Test rugby as Wales snatched the win in the 78th minute of the match.

England were another team to put in a much improved showing as they downed Australia 25-17 in the second Test to level the series and avenge their 30-28 first Test defeat.

In the first Test Australia played the bulk of the match with a red card, making their win all the more impressive, but couldn’t replicate that performance in the second Test as England comfortably led from start to finish, setting up an enticing decider between the two sides.

Argentina and Scotland were always expected to battle out a tight series, but home ground advantage was expected to give the Argentinians the upper hand, with them claiming a good 26-18 win in the first Test.

But in a surprising twist Scotland then overturned that result with an even bigger 29-6 win in the second Test, leaving it all on the line this coming Saturday.

In the final round of fixtures the All Blacks and the Springboks will be expected to bounce back from their defeats and seal their respective series, while Australia and Argentina will both need to be at the top of their game if they don’t want to concede a series defeat against their Northern counterparts.