Bafana Bafana head coach Stuart Baxter is looking on building a formidable national team for the future, having selected a lot of young players for the Cosafa Cup played in Rustenburg. 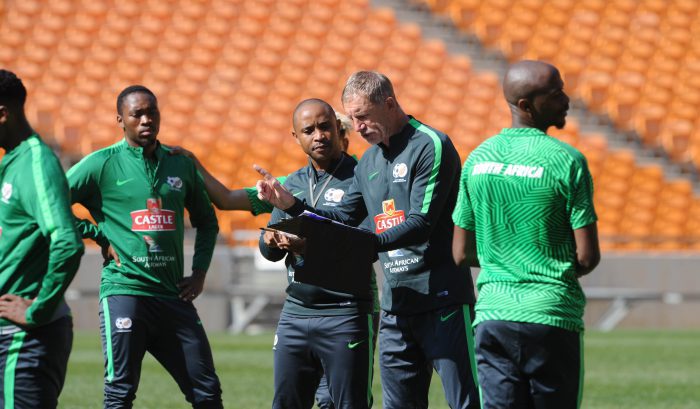 The former SuperSport United coach made an example of the German national team that consists of most players under the age of 21 competing at the Confederations Cup in Russia, and would like to see the same thing happening in his Bafana squad.

“The strategy this time around is to invest time and experience for the players that are going to go on and have international experience. Moving forward we should do things similar to the way the Germans are doing in the Fifa Confederations Cup where they have only about three or four senior players supporting a group of U21s,” Baxter was quoted on SAFA.net

“We have picked a team for the Cosafa Cup with an average age of 22.6 with some of the younger interesting players from the base of the Under-20 national team that went to the World Cup in Korea. That way, we will make sure that the young talent is nurtured from a young age until they graduate into the senior national team.

“That is how we intend to reinforce the Vision 2022 blueprint.”

Some of the players in Baxter’s squad that will take on Tanzania at the Royal Bafokeng Stadium in the quarterfinals of the competition include Amajita players such as Tercious Malepe, Thendo Mukumela, Sandile Mthethwa, Thabo Cele, Siyabongakonke Mbatha and Liam Jordan.

Meanwhile, Baxter revealed that one of the senior players in his squad Aubrey Ngoma of Cape Ton City will not take part in the competition after he sustained a recurring knee injury.

“It’s a shock to all of us, but unfortunately Ngoma will play no further part in this camp as he sustained an injury at training on Wednesday, 28 June – that is not good news. But it is an old injury. It is sad to lose a player of his calibre but these things happen in football. I will meet with my technical team and decide which player to bring in. I can only wish him a speedy recovery because he is such a fantastic player.”