Orlando Pirates' senior players were read the riot act at the weekend by club chairman Irvin Khoza and told that if they did not pull their weight they would be released, according to Phakaaathi sources. 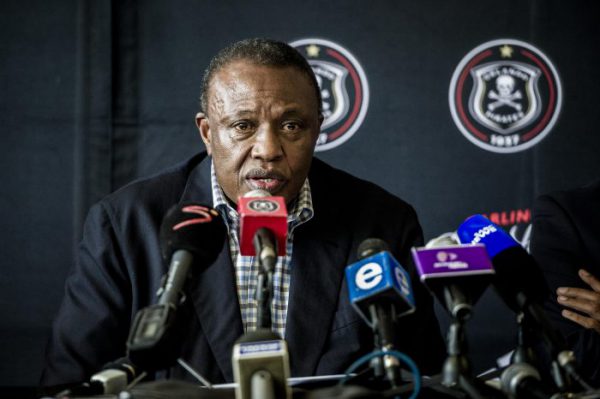 “Senior players were warned that if they didn’t up their game they would be shown the door,” said the source.

He also said the club are to announce which players would be released later this week.

“They will be discussing which players will be loaned out or sold today (Monday) or tomorrow. But the main concern is the issue of Ayanda Gcaba. There is uncertainty over whether he will stay or leave. Gcaba is Screamer’s (Tshabalala) favourite. But what I know is that he was considered surplus to requirements but we don’t know what is going to happen.”