Fresh from scoring a brace for his club in France, Lebo Mothiba will join his Bafana Bafana team-mates for the 2021 Caf Africa Cup of Nations (Afcon) qualifiers high on confidence, coach Molefi Ntseki has said. 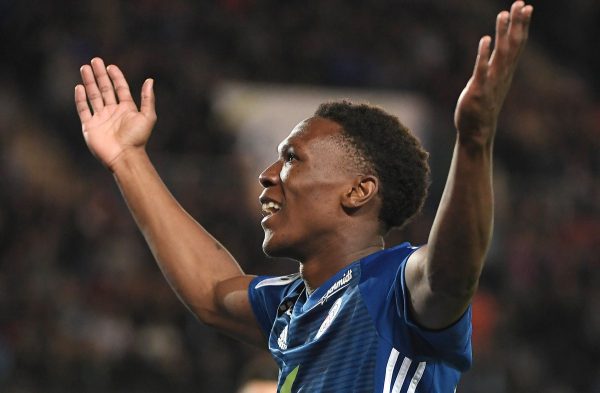 Ntseki said the team needs that added boost of individuals on song, which will rub off onto everyone in the team as they meet Ghana away at Cape Coast Stadium on Thursday night.

“The other thing which works for us is that Lebo Mothiba played and scored two goals at the weekend and that will give him some confidence coming into Bafana. The last time we had him at Afcon he didn’t have a good tournament. We hope scoring will bring some energy and confidence into the team. (Kamohelo) Mokotjo also scored and assisted. We were also happy to hear that Bongani (Zungu) also got some minutes,” Ntseki said at a media conference in Rosebank, before the team departed for Ghana last night.

Ntseki also spoke of how the old guard in the team need to work hard to ensure that they win something with Bafana, so that the country doesn’t have to look back to 1996 whenever their names are mentioned.

“I think coming to camp for the first time (Bafana won the Nelson Mandela Challenge 2-1 against Mali last month, and also camped in September, though they didn’t play, because of the outbreaks of xenophobic violence in South Africa) was important because we wanted lay the base, we wanted to present ourselves to the nation and the players to say ‘look, we have a plan’. Having a plan means we need to achieve something, we don’t need to refer back to something that happened in the past. If Tyson and Dean Furman are to retire in the next three or four years, they should be able to say ‘I have achieved this much (with Bafana)’. But for now what is important for us is to qualify for Afcon and to qualify for the World Cup.

“Going into Afcon anything is possible. If we do things right, if we get the support we need. If we get the luck that we need, we will be able to conquer Africa.

“It would also be good for all of us if the national team qualifies for the World Cup and does well in Qatar,” said Ntseki.

“We have brought in Lebo Manyama whom we have been profiling over a period of time to replace Zwane. We got a report from Sundowns on Saturday to say they thought Themba would be ready for their game against Arrows and now that he wasn’t ready they felt it was important for them to inform us of his medical condition.

“We immediately called Kaizer Chiefs and made arrangements to have Manyama in camp at short notice and he is here with the team and reported for camp on Sunday.”

Broos says the door is still open for Mosele, Mmodi to play for Bafana
5 hours ago
5 hours ago

Broos says the door is still open for Mosele, Mmodi to play for Bafana
5 hours ago
5 hours ago