Five players who have survived Pitso’s axe at Sundowns

Since Pitso Mosimane joined Mamelodi Sundowns in December of 2012, he has gone on to win numerous titles with the Brazilians. He has enjoyed his success with different groups of players but there are only five players who have been there with Mosimane from his first day at the office.

The former Bafana Bafana coach is not one who hesitates to wield the axe when he feels a player is not doing enough or when he is simply not impressed. The following players have somehow survived the vacuum and are, seven years on, still regular players and key members of Mosimane’s team.

Sundowns captain Hlompho Kekana – the longest serving player in the current squad – has been the mainstay for the Brazilians as he joined Sundowns from crosstown rivals SuperSport United in 2011, having won two league titles with Matsatsantsa A Pitori. The Zebediela-born midfielder has since gone on to guide Sundowns to a couple of league championships and cup titles, including the Caf Champions League. The one-time African Player of the Year and multiple Premier Soccer League Goalkeeper of the Season, Denis Onyango, is the main man between the sticks for Mosimane, having made well over 160 appearances for Bafana Ba Style. It was Mosimane who brought Onyango to the country in 2006 when he signed him from Ethiopian side Saint George and SuperSport United was his first home. Before he claimed the number one jersey at Sundowns, Onyango went out on loan to Wits in 2013. The tough-as-nails no nonsense defender is the longest serving centre back at the club with eight seasons under his belt in the famous green and yellow of Sundowns. Arendse had spent half-a-dozen of years with Santos before he dumped the Mother City side for the capital city-based Masandawana. The 34-year-old Arendse often wears the captain’s armband in the absence of  Kekana. 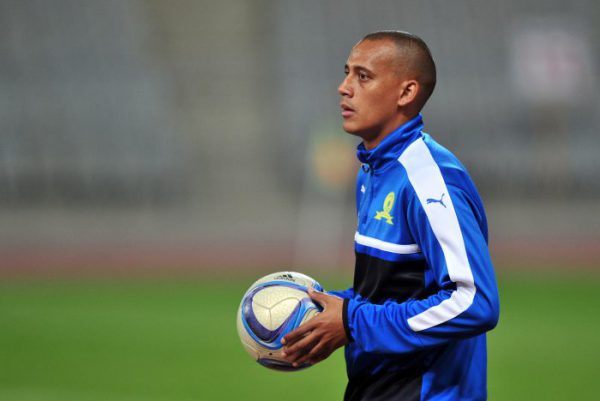 A player who Mosimane trusts for the big games, Anthony Laffor, signed for Sundowns almost a year before Mosimane in January 2012 and he has seen his career hindered by injuries as he spent most of his time in the casualty room, especially in the last three seasons. “Jingles” has been using him sparingly but he never disappoints when called upon. Laffor is yet to make an appearance this season as he is recovering from an ankle injury. Langerman joined Downs at the end of the 2011/12 season and has made the left-back position his own. Mosimane did try to bring in left-footed players to challenge the veteran wing back, but no one came close to unseating the former Bidvest Wits defender. Langerman has averaged no fewer than 25 games per season in six of his last eight campaigns with Sundowns, excluding the current season.