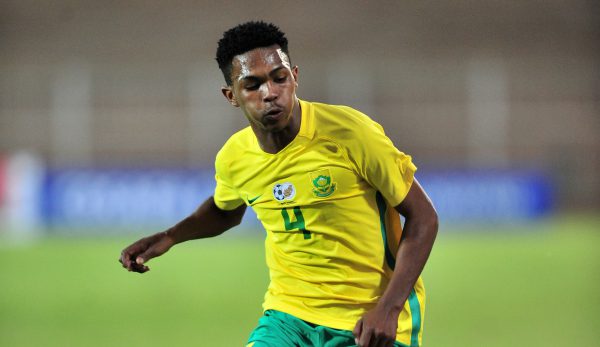 Phiri scored with a thunderous left footed effort from outside the box at Orlando Stadium on Sunday afternoon.

Bafana had lost their opening game away to Ghana 2-0 a few days earlier.

“I’m happy for Lebo for scoring the crucial goal. It is every player’s dream to represent their country,” Links said.

Links has been struggling for game time at his new Danish club Aarhus Gymnastikforening, but he hopes to make a breakthrough soon so he can also have a chance at breaking into the senior national team as well.

“I haven’t got so much game time. But I’m hoping to start playing soon. Molefi Ntseki is a good coach. I just have to keep working hard and hopefully get a call-up.

“The 21-year-old has also encouraged youngsters to use the chance given to them in tournaments like Athletico Youth Cup which will be held in Rustenburg from November 28 to December 1 at Karlien Park sports grounds.

“I’m the graduate of the Athletico Youth Cup. I was player of the tournament and the top scorer when I played. So, I’m encouraging everyone to come and support the boys,” said Links.

Other players who participated in the tournament and went on to become big stars include Zambia and Polokwane City keeper, Cyril Chibwe and AmaZulu defender, S’busiso Mabiliso.