Abafana Bes’thende host Mamelodi Sundowns in the semifinals of the TKO at Clermont’s Sugar Ray Xulu Stadium on Saturday afternoon. 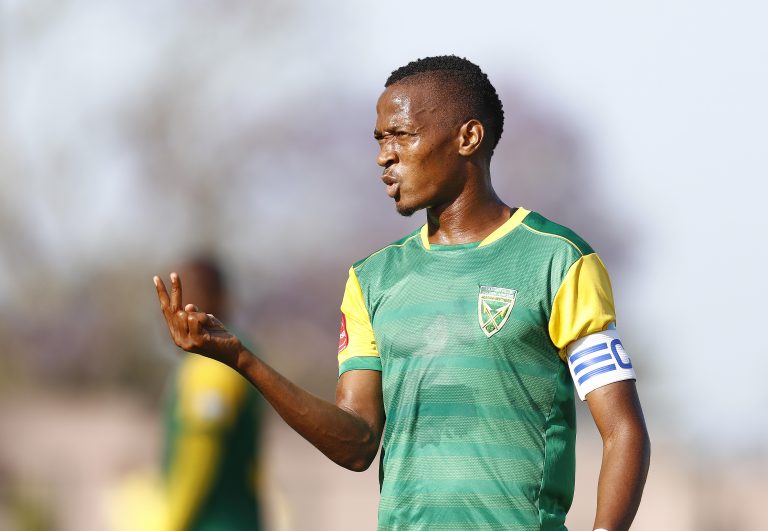 When the Premier Soccer League (PSL) announced over a week ago that the Telkom Knockout final will be in Durban on December 14, it was like music to the ears of Golden Arrows players who got an added motivation to want to reach their first final in a long time.

READ: Sundowns players not focusing on internal feud at Chloorkop

Club captain, Matome Mathiane says the news brought a sense of happiness in their camp and they believe that getting to the final is a serious possibility with everyone in the team in the right frame of mind and mood.

Abafana Bes’thende host Mamelodi Sundowns in the semifinals of the TKO at Clermont’s Sugar Ray Xulu Stadium on Saturday afternoon.

“At the moment everyone in the team is happy. The confidence is sky high. We are happy that we are playing the semifinals at home and that the final will be at home too,” Mathiane told the media this week.

“The fact that the final will be here (in Durban) is a huge motivation for us. On Saturday we will make sure that we win because it is the only thing we can do playing at home. And we want to be in the final. We have been to the semifinals but never progressed. This year we want to do better and go all the way,” explained the 31-year-old.

The Limpopo-born defender also praised coach Steve Komphela’s ability to keep the players motivated and enjoying what they do.

“We have good coaches in charge of the team and they are capable of guiding us to the final. Steve is a coach who is very motivational. The team are very well motivated and I don’t foresee anything that can derail our drive,” said Mathiane.