Pitso reveals why he has not renewed Sundowns contract

Pitso Mosimane and Mamelodi Sundowns are still failing to find each other in the negotiations over the coach’s new contract, which is set to reach its expiry date at the end of the season. 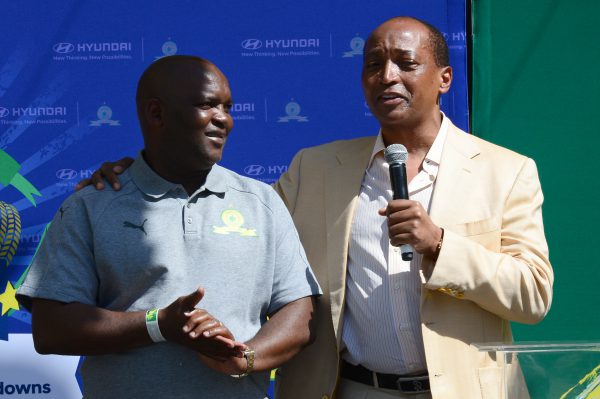 Previous reports suggested that Mosimane was stalling to pen a new deal because he was holding out for an improved deal, financially speaking, as this is likely to be his last contract since he said he would like to retire from coaching at the age of 60, some five years from now.

However, the former Bafana Bafana coach has rebuffed those suggestions, insisting that his reason for not agreeing to a new deal has nothing to do with money.

“Where we are is not about money, it is just about a few principles that we need to agree on because I am a man of principles,” said Mosimane.

“It can never be finances because I have never come out in the newspapers being greedy and asking for a raise. I have been here for seven years and my contract has been my contract, I don’t go to Mr Patrice Motsepe after winning one title and ask him to change it (contract) a little bit,” he added.

“I have never asked for a raise on my contract, I am a professional and I understand that I have agreed to that and I stay on that. I don’t ask because now I have won titles. I don’t take advantage of the wealth that he has created. That is for him and his family and he worked hard for it,” concluded Mosimane.