Pitso Mosimane will never miss an opportunity to take a swipe at Kaizer Chiefs and rub their fans up the wrong way. 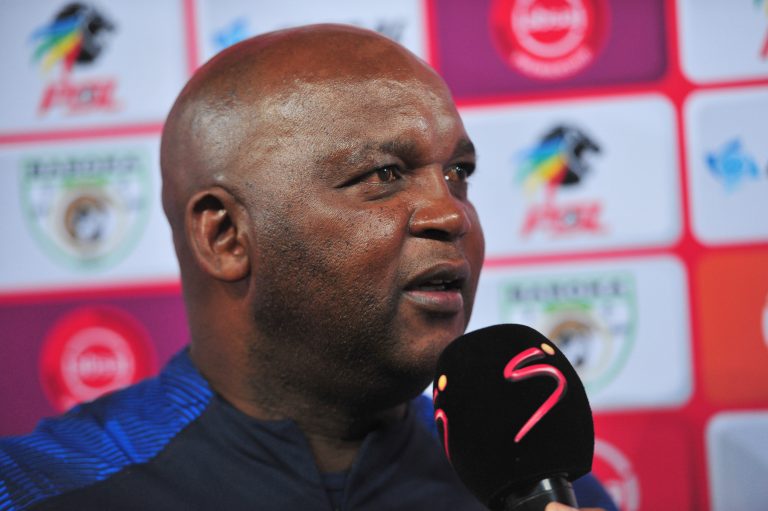 He did just that most recently in a subtle way by suggesting that if they end up winning the Absa Premiership title, they will face a tough time in the Caf Champions League next season.

He says Bidvest Wits coach Gavin Hunt, who he affectionately calls “Hunty”, is taking a leaf from his book. Wits are having to combine playing in the domestic league with playing in the Caf Confederation Cup group stages this season.

“I am listening to Hunty talking, he is playing my tape that I have been talking for the last six years and somebody (supposedly Amakhosi) is going to play my tape next year so let’s see how it goes. Once you get into the group, the games kick-in (at the same time as the league games, the Telkom Knockout and the Nedbank Cup).

“We are playing three tournaments in seven days with travelling and coming back. I know how difficult it is to do that. I understand Jeurgen Klopp when they asked him if he is worried about Jamie Vardy’s number of goals compared to Mohammed Salah, Roberto Firmino and Sadio Mane. He said Vardy is not playing in the Uefa Champions League, he is not travelling, he is resting at home and when he plays he runs with lots of energy,” said Mosimane, whose side are in Angola to face Petro de Luanda in the African Champions League.

Sundowns have already booked a place in the quarterfinals and all that is left is to consolidate the top spot. “Jingles” is pleased that unlike usual, he has had plenty of time to prepare his team for this afternoon’s clash.

“It is a little bit of a relief to have five days before the match to prepare because normally we have between two to three days to prepare. But one day out of the five days is killed by the travelling. Yes, we did not travel to North Africa where we always have to go to Europe first and then back to Africa. This time it was a direct flight of only four hours, which is good.”