How Shandu is Maritzburg’s pride

If Maritzburg United were a person, it would be Bandile Shandu. The young winger is all that the Pietermaritzburg-based side stands for. 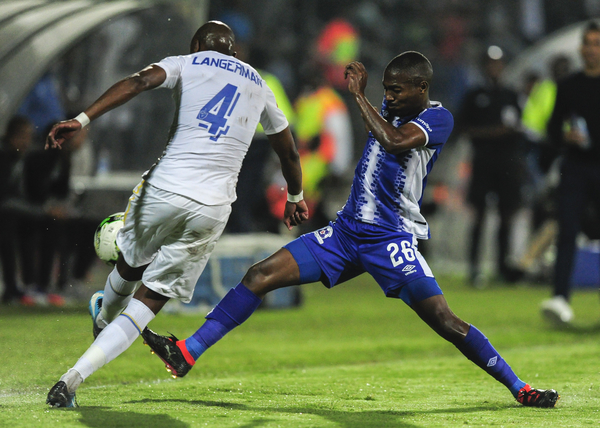 Tebogo Langerman of Mamelodi Sundowns FC gets past the defence of Bandile Shandu of Maritzburg United. (Gerhard Duraan/BackpagePix)

The club lists being ‘both inspirational and aspirational to the communities of KwaZulu-Natal and South Africa and in particular Pietermaritzburg’ as their vision.

Shandu – who was born in Smero, a semi-rural place just outside Pietermaritzburg on January 19, 1995 – has grown from the club’s junior ranks to become an important member of Eric Tinkler’s squad.

“The club has changed my life,” said Shandu this week. “Firstly, it has made my dream come true, and has also made me grow as a man and I am where I am because of this club.

“It has helped me do a lot for myself and for my family and I am still growing a lot at the club. Right now, I really don’t know what can I do to repay Maritzburg.”

Shandu has become a beacon of inspiration to other youngsters in the area who have dreams of playing football at professional level. But he remains humble and knows that he still has a lot to achieve as e is yet to have any sort of medal.

“It’s really an honour for me to be part of this club… Ever since I was a kid, playing in the development sides, I have always aspired to play for the senior side. I am really happy and enjoying myself now that I am here and all I need to do is to improve from where I am.

“Reaching two finals and losing both of them still hurts… But my goal is to win silverware with the club, to repay the fans for the support they have shown to us, and also to thank the chairman for believing in us,” he said.

Shandu said sitting at home during lockdown has been hard. “It is really hard but I think the key is to try and find a routine and switch it up a bit. Sometimes I train in the morning, sometimes in the afternoon. I shuffle my routine because sitting and doing nothing is really tiring.”

He urged those who want to follow in his footsteps to keep their focus on the end goal and not pay much mind to things that might disturb them.