“We at least got something from the game, it’s better than nothing at all. I think we played well and managed the game well," said the Pirates goalkeeper. 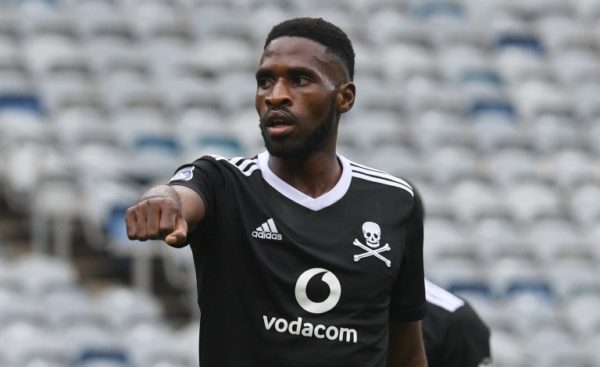 Orlando Pirates midfielder Fortune Makaringe has sent a message to the club’s supporters after their last game of the season.

The Buccaneers played to a goalless draw with Tshakuma Tsha Madzivhandila at the Orlando Stadium last Saturday.

But, the draw was enough for Pirates to qualify for the Cat Confederation Cup for next season after finishing in third place on the league standings.

The Soweto giants finished the season on 50 points after 30 games, 17 points behind league champions Mamelodi Sundowns and four points behind second-placed AmaZulu FC.

Pirates have won 13 games, played 11 draws and lost six games in the process.

“My message to the supporters is to always stay faithful to the Orlando Pirates badge. We know that we gave them heart attacks, but they stuck with us and we are really happy and grateful. We know that there will always be negative and positive criticism, but it comes from the heart and they love the team. They are doing it because they love us. And we love them also, we will always play for them,” said the midfielder.

Pirates had ambitions of playing in the Caf Champions League, but now they will to play in the Confed Cup once again after they were knocked out in the quarter-finals this campaign.

Meanwhile, TTM keeper Washington Arubi pleased with the draw and getting a point against the Buccaneers after a tough season.

“We at least got something from the game, it’s better than nothing at all. I think we played well and managed the game well. It’s a pit we didn’t get a goal but I think the guys gave their all. It’s been a very tough season with a lot of challenges,” said the keeper.

“I’m just glad that we have manager to secure our PSL status. It’s been a team effort and everyone at the club always want to make sure that we do our best for the betterment of the team. We even won the Nedbank Cup this season which is a very inspiring thing for us as players to look forward to the next season.”

The Limpopo-based outfit finished their first season in top-flight football in position 12 with 31 points.