Dolly’s father hits out at Motsepe

Keagan Dolly’s father, Ramon, has disputed Patrice Motsepe’s view that if it were up to him, he would sell the midfielder for 'R5'. 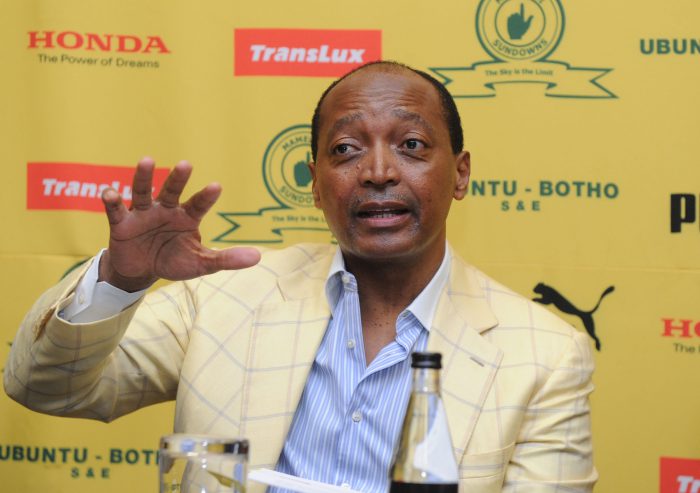 Mamelodi Sundowns president Motsepe told a press conference this week that he personally would sell Dolly for R5 if he could‚ but that he had a board of directors to answer to.

However, Ramon said it was Motsepe who insisted that the buyout clause in Dolly’s contract be R25 million instead R750 000, which was agreed upon during negotiations.

“We came up with this figure of around 750 000. And they agreed to it in principle. [Paul] Mitchell flew to Cape Town with the contract‚ and Keagan signed it‚ and we all had to sign it.

“All of a sudden there was a phone call from Patrice. He wanted the buyout clause to be €1.5-million (about R25 million),” Ramon told SABC Sport on Thursday night.

Meanwhile, Ramon has also disputed Motsepe’s claim that only “one mistake” was made on Dolly’s contract.

“They claim it was one mistake – it’s a whole new clause there. There’s a currency change‚ there’s a date in 2015’s contract‚ the amount has changed‚” he said.

“There are a lot of things – 10 or nine changes. Different wording and changes. We accepted it. Like we had accepted the first contract signed in 2014. And now we accepted the one in 2015.

“And they accepted it. Because both lawyers signed – Yogesh Singh and Govender.

“And how can it be a mistake‚ when there’s a whole different clause? Everything has changed – the whole lot,” lamented Ramos.