Golden Arrows are accused of forcing a Kenyan player to sign a contract termination letter at gun point. 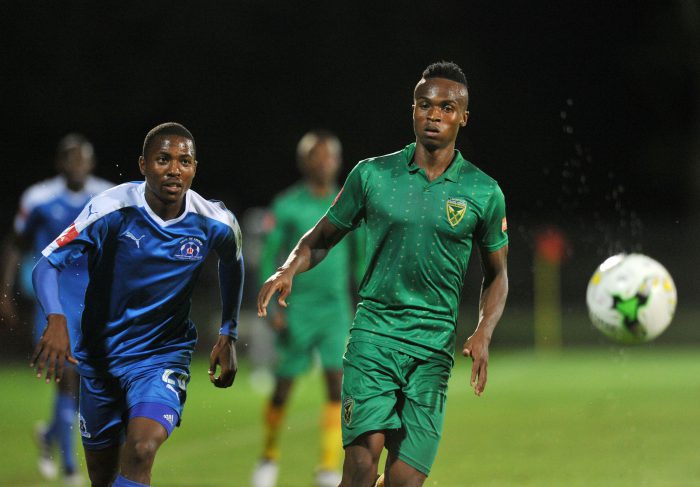 Kenyan newspaper, The Standard, reported on their website that Arrows wingback, Clifton Miheso had claimed he was forced at gun point by Abafana Bes’thende officials to sign the termination.

According to the report, Clifton Miheso had to seek police protection as two men pointed a gun on him and forced him to sign a contract he had not read.

Miheso was quoted as saying the drama started when Arrows CEO (Gordon Masondo) had called him to his office on Saturday morning.

“Two gunmen burst in and trained their guns on me, forcing me to sign a document I was not given time to read. They then took off with the document before Madlala together with another club official walked in.

“They then told me that all my dues will be wired to my account and that I should go back to my accommodation,” Miheso was quoted as saying.

Miheso however changed his tune when he wrote a letter to the Abafana Bes’thende club boss, Mato Madlala where he thanked Madlala and revealed he had willingly signed a termination.

“This is to state my disappointment on the news claiming that you had me threatened. This is all incorrect in fact I am grateful to you and everything you have done for me.

“The termination agreement I signed is correct and I was not forced to sign it. I did this willingly and I have been paid everything due to me. I wish to state my apologies for everything,” read the hand-written letter posted on Arrows’ website.