Nigeria coach Gernot Rohr expects his team to beat Bafana Bafana when the teams meet in a 2019 Afcon qualification match in June. 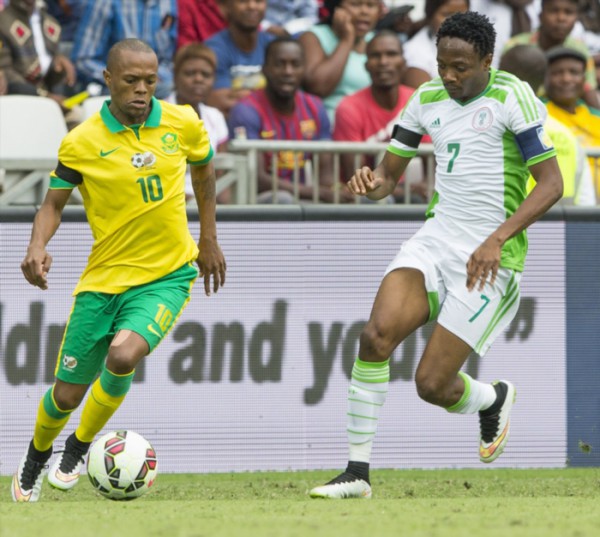 Thulani Serero of Bafana Bafana and Must Ahmed of Nigeria during the International Friendly match between South Africa and Nigeria at Mbombela Stadium on March 29, 2015 in Nelspruit, South Africa. (Photo by Dirk Kotze/Gallo Images)

Super Eagles will lock horns with Bafana Bafana in June in their bid to qualify for the continental show piece.

“Nigeria cannot miss the Afcon again because it’s a big tournament to celebrate African football. I hope we will be there at the next tournament,” he said.

“But to do that we have to eliminate South Africa, who are a good team.

“We need a good preparation and organisation. We will have two friendly games next month and we have the possibility to test some new players and be together.

“The Afcon was a good tournament in Gabon and there were some good teams. The best team won the competition. We are interested in this team because we play them in the World Cup qualifiers.”

“We’re happy for Cameroon, but we have to beat the African champions.

“But our game will only be in six months and a lot of things could happen during that time,” concluded Rohr.

Safa say referee complaint is valid, confident ahead of Fifa response
2 days ago
2 days ago

Safa say referee complaint is valid, confident ahead of Fifa response
2 days ago
2 days ago