WATCH: Mhango ease past Pirates defenders for an exquisite finish

Orlando Pirates suffered their second defeat to Bidvest Wits in a league clash their home ground in Orlando, Soweto. 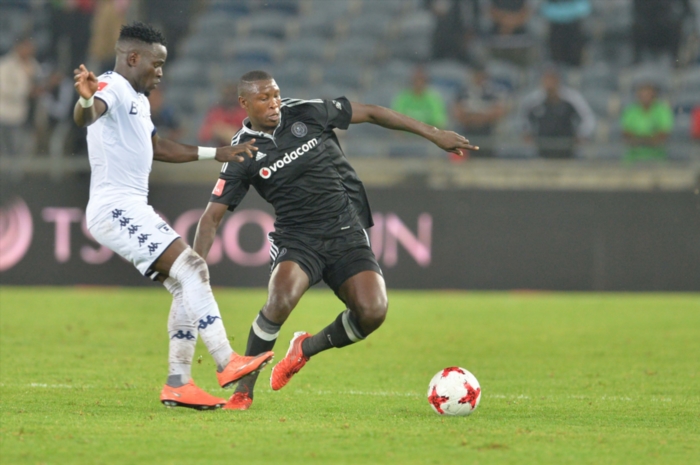 Ayanda Gcaba and Gabadinho Mhango during the Absa Premiership match between Orlando Pirates and Bidvest Wits at Orlando Stadium on February 15, 2017 in Johannesburg, South Africa. (Photo by Lefty Shivambu/Gallo Images)

Wits forward Gabadinho Mhango has contributed tremendously to the Clever Boys’ good run in the season so far, finding the back of the net twice in the last two matches and creating chances for his teammates as well.

The Malawian forward made Pirates defenders Ayanda Gcaba and Happy Jele look like amateurs when he lured them away from their positions in the box before playing the pass through Jele’s legs, who was shoulder-to-shoulder with Gcaba before curling the ball past a helpless Jackson Mabokgwane. Caretaker coach Augusto Palacios was left to pick up his jaw from the floor.