Mamelodi Sundowns coach Pitso Mosimane was unhappy with his side failure to convert all the chances they created against Platinum Stars. 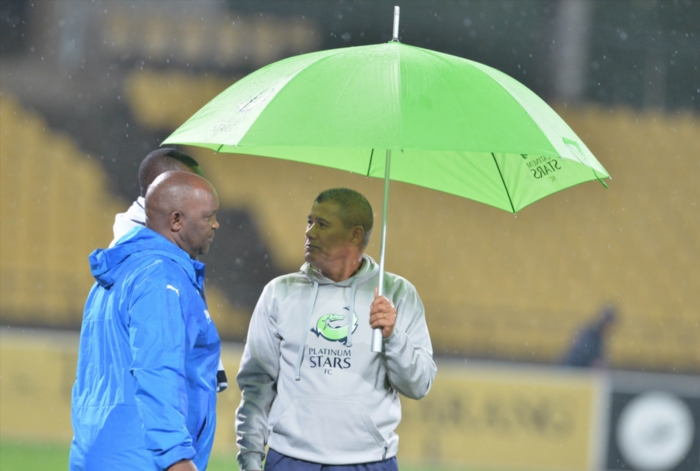 The champions of Africa defended desperately to walk out of the Royal Bafokeng Stadium with maximum points following a 2-1 victory over Dikwena.

The Brazilians were wasteful in front of goals in the first half making it hard for Mosimane to motivate the team at half-time.

“Tonight we were very wasteful in the first half. The gods of football were with us – we managed to score,” he told SuperSport TV after the game.

“To be honest at half-time I never coached because I was very emotional. I told them they’ve been wasteful and that is not how champions behave. That is the behaviour of the after-effects of winning a cup.

“The first half we could have scored how many? And then they got their chance and they scored.”

Mosimane was disappointed with his side’s performance on the night and felt they didn’t deserve praise.

“I know Percy got Man-of-the-Match, but he didn’t play well in the first half in my opinion,” he said.

“Anthony [Laffor] I don’t even want to talk about that. Not to say that I’m criticising them. I love them and I praise them. But why should I praise them tonight after this?

“At the end of the day we won the match so sometimes you play so well and you lose, but we benefitted tonight.”