Orlando Pirates coach Kjell Jonevret says a draw against SuperSport United is evidence that his side can compete. 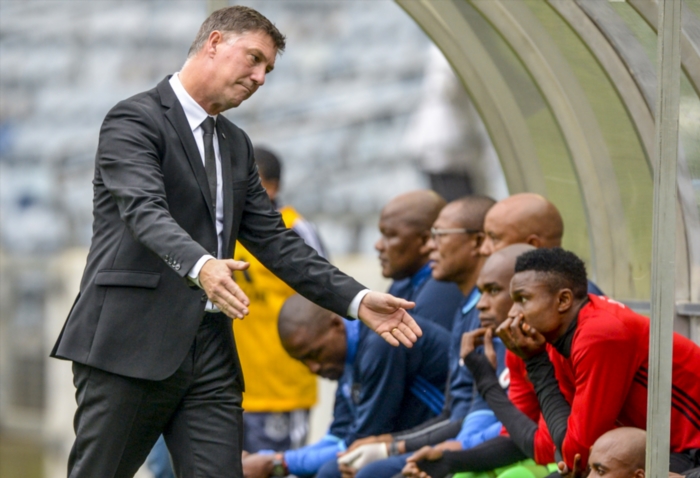 Jonevret maintain the positive attitude he has had in the last two game in charge, the Swede collected his third point in as many game for the Bucaneers when they cma eback from a goal down to find the equaliser.

“Positive again, for the third game in a row. Character: good. I think we have shown to ourselves now that we can play at the same level of the top teams, like SuperSport and Kaizer Chiefs,” Jonevret told SuperSport TV cameras after the match,

“But of course we want to win games, but I think today you could see it was two tired teams, I think especially for us, it was a lot of energy and the derby against Kaizer Chiefs takes a lot of energy from you.