Stellenbosch FC will be looking to cause and upset when they meet Chiefs in the Nedbank Cup Last 32 match on Saturday night. 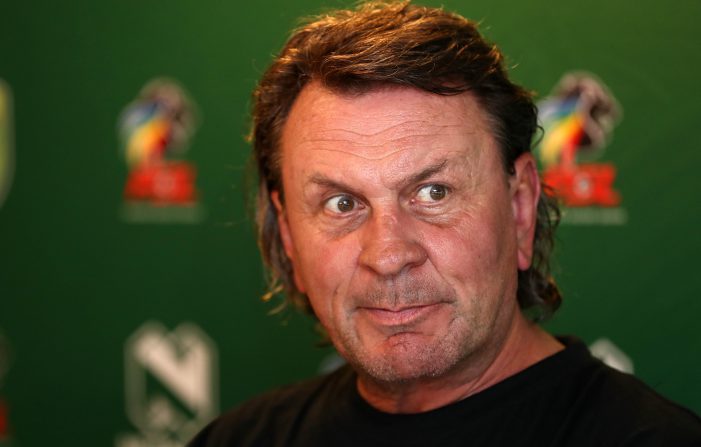 Stellenbosch FC coach Sammy Troughton was on the bench when University of Pretoria made Kaizer Chiefs the laughing stock in local football by knocking them out of the Nedbank Cup, beating the fancied Amakhosi 4-3.

Troughton (above) was Steve Barker’s assistant at AmaTuks at the time, and is now the boss at Stellenbosch FC, who play the Glamour Boys at Athlone Stadium tomorrow evening.

Barker resumed the role of technical advisor at Stellenbosch in December.

The pair will hope for the same upset.

“Against Chiefs we need to have a very good evening and we must hope they have a bad day. We are just six months old,” said Troughton of Stellenbosch who bought Vasco da Gama’s National First Division status in June.

After the 2008/09 season match, a few at AmaTuks, including Andile Jali and Mthokozisi Yende, got their big break by joining Orlando Pirates and Amakhosi respectively while others were also bought by other Absa Premiership teams. Troughton knows this is a huge chance for his players to impress and will be using that to motivate them.

“This is the biggest game for most of my players – to play Kaizer Chiefs is a big deal,” added Troughton.

But Amakhosi are aware of their poor record against lower division opposition in the Ke Yona cup, having previously lost to AmaTuks, Baroka and Black Leopards in recent years, and midfielder George Maluleka called for discipline and total focus.

“We are going into this game with a serious mind-set, forget which league they play in. We want to make sure we get a positive result, we don’t want any surprises. Only a win will enable us to progress to the next stage of the Nedbank Cup and that is important to us in our quest to win the trophies that are left for us to compete for,” said Maluleka.

The Naturena-based outfit are still in with a shout in the Absa Premiership title race, but their chances are slowly diminishing following two consecutive draws, and the Nedbank Cup could be their last chance to salvage their season.