Chippa aim to move out of troubled waters

The way Chippa United started the season it would not have been too far-fetched to think that by this time they would be among the Absa Premiership title chasers. 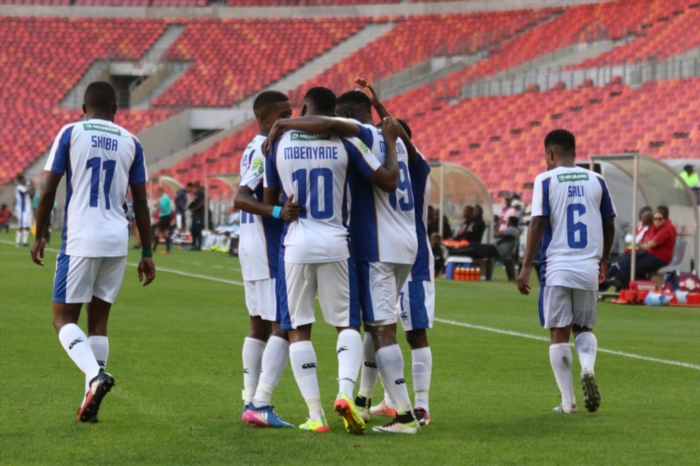 The Chilli Boys became talk of the town because of the attractive football they played, and then coach Dan “Dance” Malesela’s running and dancing after the team scored were becoming popular.

But with four games to the end of the season, the wheels have long come off and the team are now in the relegation dogfight and Malesela has been relieved of his duties with Mbuyiselo Sambu installed as caretaker.

The Chilli Boys have amassed 24 points in 26 matches and are just two above bottom placed Highlands Park, and possibly one defeat away from dropping to the bottom – based on how the teams behind them fare.

Chippa defender, Diamond Thopola has urged his teammates to give their all to ensure a win this afternoon when they host Ajax Cape Town at Sisa Dukwashe Stadium. Kick-off is set for 3pm.

“The two teams are aware of each other’s strength,” Thopola told the team’s website. “We are focusing on our game though, and must work hard to win,” he added.

The Urban Warriors are technically safe from relegation and are fighting for a place in the top eight which guarantees participation in next season’s MTN 8.

“There are no easy games at this stage as everyone is fighting for something. The most important thing for us is to take ourselves out of the situation we put ourselves in,” said the Bafana Bafana defender.
Ajax coach, Stanley Menzo said his team have collect maximum points against the likes of Chippa.

“I’ve said it a long time ago, in games against the top teams like Mamelodi Sundowns and Bidvest Wits you can get bonus points, but games against the likes of Highlands Park – that is where we must get points and Chippa United are also part of that group,” said Menzo.