Soweto Derby lights up the weekend

Kaizer Chiefs and Orlando Pirates head into today's Carling Black Label Champion Cup match at the FNB Stadium with a lot of expectations from the supporters. 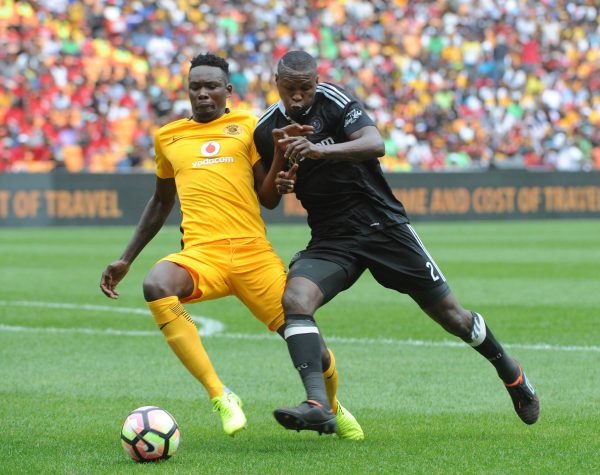 The supporters of both teams are looking for something to shout about ahead of the new Absa Premiership season.

Pirates defender Ayanda Gcaba knows the importance of winning the tie and he is adamant that the Buccaneers’ preparations for the match have made them mentally and physically ready for the game, something he says any player needs when they go into a game of this magnitude.

“Mental and physical strength are important, but we have physical trainers who have been doing a very good job with us because when you are fit you can do anything you want on the field,” said Gcaba.

“We also played a couple of friendly matches ahead of this game. We know that this is a match our supporters don’t want us to lose, there is a lot at stake. We also have to show them that we are ready for the new season so that we can build on something positive after what we went through last season.”

The defender emphasised the importance of making their fans proud and adds that coming up against Amakhosi is motivation enough to do well for the players at Bucs.

“We all know the derby is a different ball-game, you don’t need some type of a motivation on how to approach the game, playing Chiefs is motivation enough and we really want to have a good game and make our supporters proud because when we get on to the field we are not only representing ourselves, but everybody who loves Pirates,” he said.

Meanwhile, back at Naturena, the mandate coming into this derby is not much different to the one from Pirates.

Amakhosi skipper Itumeleng Khune knows the club’s supporters want a win to claim the bragging rights in Soweto especially with the club failing to lift any major silverware in the past two seasons.

“It is a very important game because our fans want a win and there are also bragging rights at stake. It is very important for us as a team to win because the fans also want to see where we are in terms of our preparations for the new season,” said Khune.

“We were once again reminded that this is a club that wins trophies, but the past two seasons haven’t gone that way.”