Pirates coach not worried about future

Kjell Jonevret is unfazed by rumours that Orlando Pirates are set to replace him with Milutin ‘Micho’ Sredojevic. 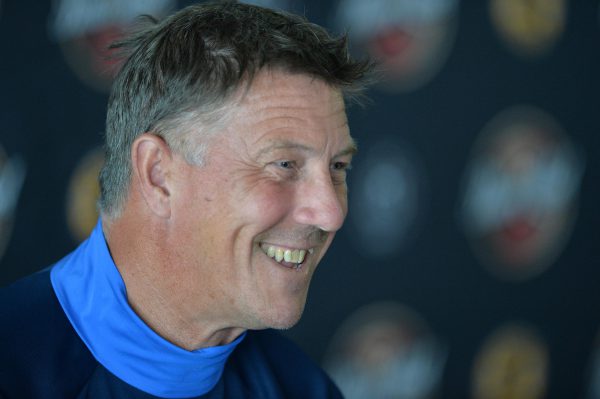 Following reports that Sredojevic has resigned as the Uganda coach over the weekend, speculation has been rife that he is headed to Pirates to replace the Swedish coach.

“I have worked in this business for a long time. I know how it is. Sometimes they have patience, and other times they don’t. Orlando Pirates have had a lot of coaches in the last couple of years‚” Jonevret told the media after his side’s 1-0 loss to Kaizer Chiefs in the Carling Black Label Cup on Saturday.

“It’s difficult for me to say anything about that. I am professional. We work hard every day, and we try to do our best. A few pieces are starting to take shape.

“I am 100% sure that we are going to have a better season. If that’s with me‚ or they have found a dream coach somewhere‚ that’s not up to me. I am pretty cool, and I am trying to do the best that I can every day.”

Jonevret joined Pirates in February this year. He took the Buccaneers to the final of the Nedbank Cup, where they lost 4-1 to SuperSport United.

The Swedish coach, however, failed to help Pirates finish in the top eight.